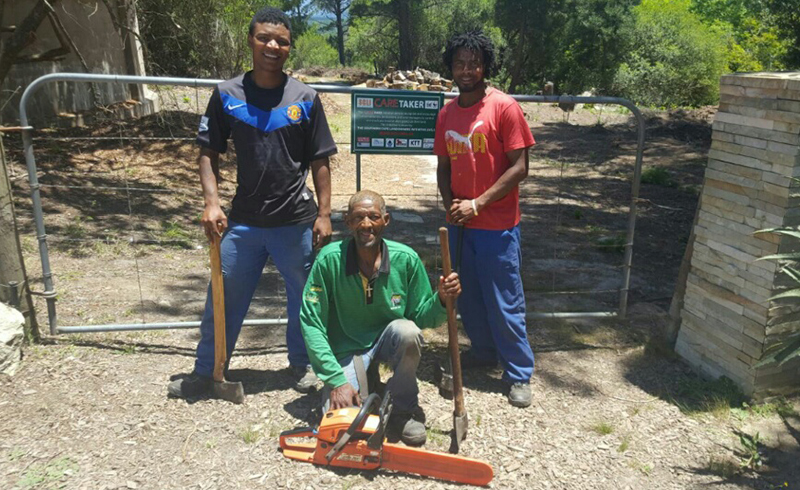 Despite a spate of wild fires passing through the area, causing millions of rand in damages, concerned landowners on Wilderness Heights lament the lack of progress made by residents to reduce invasive alien trees on their properties.

At a meeting at Hope Church, convened by the Kaaimans to Touw Conservancy (KTT) and the NMMU Unit for Research in Sustainability, locals discussed the situation of invasive alien plants in the area, and the dangers it poses, should wild fires rage through the area again.

Says Cobus Meiring of the Southern Cape Landowners Initiative, who attended the meeting, “generally speaking landowners understand the legislation issues around invasive alien plants on their land, the dangers it poses, as well as the effect it has on what remains of the natural environment”.

“Still, despite unacceptable levels of invasive alien plant infestation on the Heights, there are a great many landowners who simply ignore the issue. The steep cost related to keeping invasives in check may well be an issue, but it is hard to tell why there is such reluctance from landowners to clear their land”.

On a positive note, there are many landowners who do go to great lengths to clear their land, and over and above the benefits of doing so, create a lot of work opportunity.

SCLI recently presented Clairewood Estate, on Silver River Road, with a CareTaker award for clearing land severely affected by invasive alien trees. Not only is the land being cleared, but it is generating enough fire wood to pack and sell to a local Wilderness retailer.

The Care Taker Initiative aims at encouraging landowners to manage and control invasive alien plants on their land.