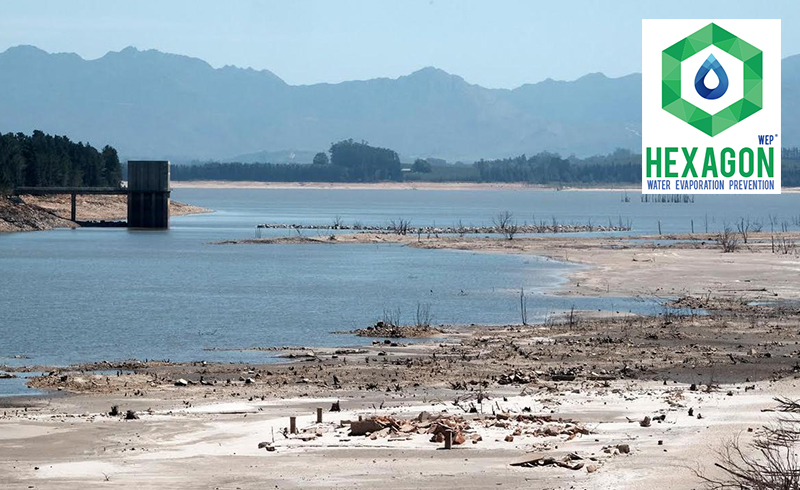 EVAPORATION PREVENTION A SERIOUS OPTION FOR THE WESTERN CAPE FARMERS

“Given perpetual drought conditions, the prevention of water evaporation is increasingly becoming a viable option for water boards and irrigation farmers in the Western Cape, says Cobus Meiring of the Southern Cape Landowners Initiative (SCLI).”

“Although irrigation systems are constantly getting more advanced, with (measureable) positive results in the effective use of water, the overall picture in terms of fresh water availability is not improving”.

In a recent press statement, Rashid Kahn, Chief: Water Affairs and Sanitation, said that water users in the Western Cape should seriously start looking at ground and storm water resources, as well as recycling of water as alternatives, when looking at options to supplement dwindling fresh water resources.

Kahn also said that although desalination remains an option to supplement water supplies, it is very costly in comparison to the use of ground water and the recovery of storm water.

None of the water augmentation options currently on the table for consideration, and even if implemented, can really make a significant impact on the demand of water users in the agricultural sector. The picture looks even bleaker when water users look at the medium to long term water supply scenario.

Not only is water getting scarcer, it is becoming more expensive and the chance that allocation figures will be reduced in the near future is a harsh reality

Given that climate change will result in decreased rainfall, and will have an overall drying-out effect on conditions conducive to sustainable farming, the availability of fresh water will progressively become under pressure.

Increasingly the agricultural sector will have to compete with the fast-growing population in the Western Cape, with as many as two million people expected to settle in the area within the next decade.

SCLI has consistently advocated the reduction of water evaporation as a viable option in looking for ways to significantly save stored waters.

South Africa is currently one of a handful of countries worldwide involved in the development of large scale water evaporation prevention (WEP) technologies.

Based in the Western Cape, Hexagon WEP is in an advanced stage of a pilot programme aimed at reducing water in irrigation storage dams.

Given the fact that upwards of 25% of all stored water in the Western Cape evaporates per annum, if the technology in development proves effective, the overall saving can be significant. 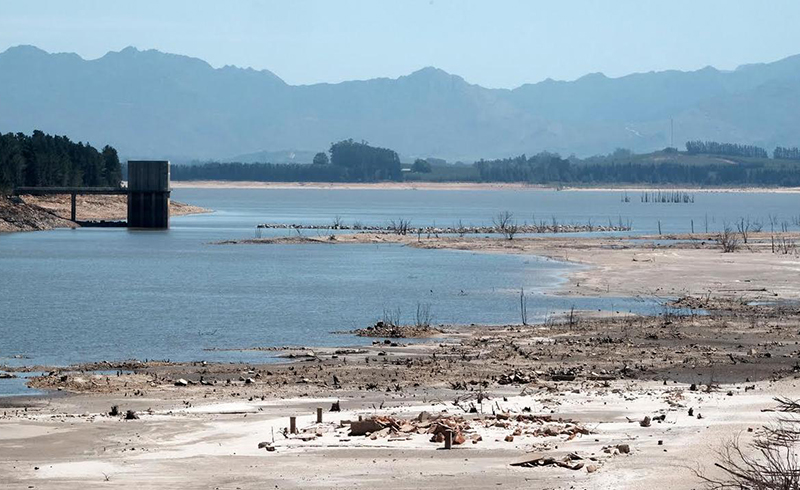 The water level of the Theewaterskloof Dam – the largest reservoir for drinking water in the Mother City – sits at 36.8%, compared to 54.8% during the same period last year. Photo: Ian Landsberg

Hexagon WEP is designed and produced in the Southern Cape