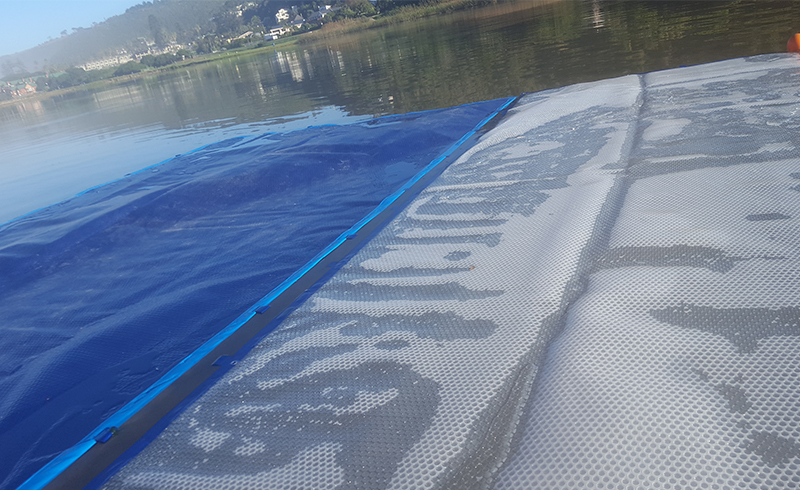 Worldwide, the development of Water Evaporation Prevention (WEP) systems has been slow, and uptake by water authorities and water users has been even slower.

Prohibitively expensive material is partly to blame for the retarded interest by industry in implementing water evaporation technology, but these days, new technology options on the market brings evaporation prevention closer to a reality.

Fresh water bodies, used for water storage, are without exception large in size, and require substantial surface coverage, if efforts to reduce evaporation are to be successful.

Not only more affordable technology, but also a marked increase in the demand for fresh water availability in South Africa (and elsewhere), increasingly makes a better case for WEP systems. Coupled with this the increased demand and supply situation, with the effects of a seemingly perpetual drought in the Western Cape, as well as the effects of climate change, then suddenly there is a case to be made for WEP systems and technologies.

The Southern Cape Landowners Initiative (SCLI), an environmental conservation body and long time water evaporation prevention technology developer, have in 2017 launched a conventional technology platform, aimed at bringing the cost of installing WEP systems within reach of water users and water use authorities.

Moving away from more expensive and technically complicated floating platforms, the new WEP products are based on material used widely to cover swimming pools in urban areas.

The most important factor that has now made the use of conventional material possible is a new generation machine which can produce more base line material, of a better standard, in a faster time frame.

As a knock-on effect, in an economy of scale, the cost to tailor, install and anchor the systems has also been reduced.

The design and conversion challenge has always been to produce an affordable product, which can withstand the elements.

With an estimated average of 2000 mm of water lost per annum in RSA, and given the perpetual drought experienced in some parts of the country, the prevention of water evaporation may well become a widely used tool in managing scarce water resources.

Photo Caption: Preventing fresh water from evaporating from storage dams is fast becoming an option with the development of more affordable technology options