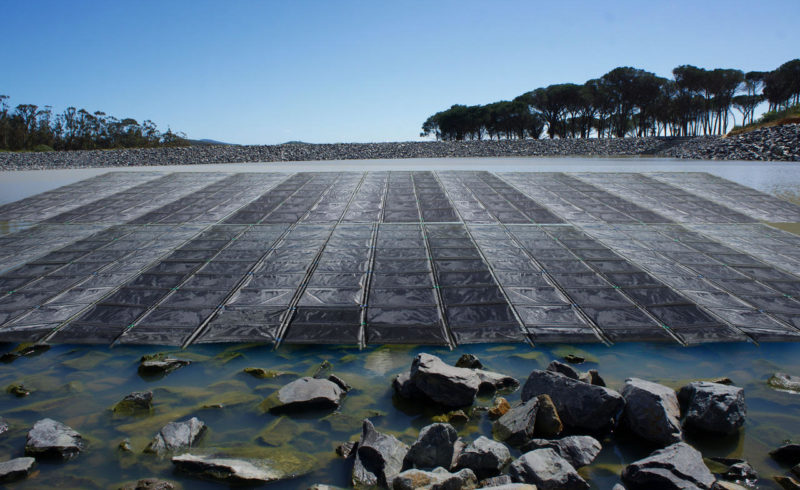 Initiated in 2016 as a water stewardship effort between the Southern Cape Landowners Initiative (SCLI), WWF SA, leading South African retail and brewery entities, hops and, citrus and stone fruit farmers in the Western and Eastern Cape, water evaporation was identified as the biggest single source of water loss from available water resources, by far outweighing significant water loss mitigation interventions such as clearing of invasive alien plants in mountain catchments and watercourses and water lost to leakage and outdated irrigation systems and irrigation regimes.

On a global scale, governments, policy-makers and environmental managers are stepping up efforts to reduce carbon footprints and reducing greenhouse gasses in order to halt global warming. However, not enough is being done from a practical perspective to safeguard vulnerable populations from the resultant threat of water scarcity and perpetual and frequent drought. This is particularly true in the African context.

In response to this challenge, SCLI has embarked on a self-sponsored five-year research and development initiative in order to design and manufacture a modular water evaporation prevention (WEP) system suitable for South African conditions that would be affordable to water users affected by water shortages, limited storage capacity, the limitations of water licenses in terms of demand management and policy, perpetual or frequent drought and changes in rainfall patterns which affects all aforementioned.

Whilst cities like Cape Town and Port Elizabeth are investing in desalination options to supplement under-threat water supplies, corporates involved in commodity extraction are increasingly investing in smart technology enabling for example waterless mining, but those in commercial agriculture and bulk water supply to towns and cities are more restricted in terms of options reducing water demand, and have little room to move as water demand increases exponentially with population growth combined with a growing demand for agricultural produce and manufacturing output.

However, what all water users are facing is that water evaporation affects all – water evaporation levels are on the increase along with global warming and the physical impacts of climate change, including more wind and consistently higher day and night temperatures.

Under “normal” conditions in Southern Africa, Australia, and large parts of the USA, water evaporation rates can reach as high as 3 000 mm per annum.

Because of a diverse set of physical impacts, evaporation rates of water stored in medium and large storage dams are often much higher than what can be considered as “normal”, for example in a domestic swimming pool.

The impact of constantly high temperatures and sunny cloudless days, combined with high and/or constant wind over open bodies of water with shallow shores generating a generally warmer water column and wave action can make a three-metre-deep dam empty itself close to three times per annum, adding up to millions of litres of water lost to evaporation.

The nett effect of vast volumes of water lost to evaporation by storing it in open dams has an obvious negative impact not only from a water user perspective, but the damaging effect the loss of water has on the survival of downstream ecosystems and river health is even more severe, with many rivers drying up permanently and only flowing following severe flooding events, with noticeable damage to riverbeds and dried-out wetland systems that would normally be slowing down the flow of flood waters.

SCLI has reached the proof-of concept phase of floating modular water evaporation prevention covers, with its design and manufacture in Stellenbosch. The modular units are assembled on site.

Depending on product management and surface rotation, the product lifespan is estimated at 8 years.