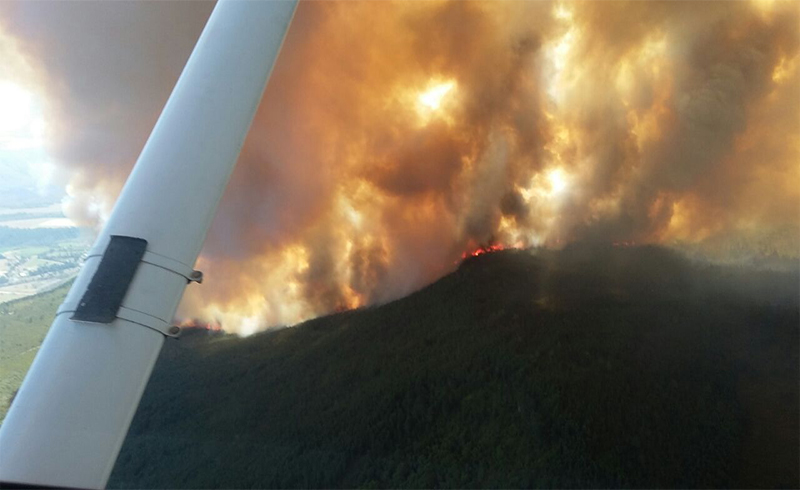 Wild fire, on a large scale, as well as the persisting drought, dominated media coverage in the Western Cape during January and February 2017.

Whilst the cost to fight almost 400 fires in the Western Cape alone soared, the persisting drought has both the Province and the Cape Metropole on edge.

The environment is perhaps taking the brunt of the beating, with thousands of hectares burnt to dust, with very little water available to keep fresh water systems functional.

Contributing to both the fire and pressing water shortage is the presence of invasive alien plants. Invasive trees exponentially increase the heat generated by wild fire. At the same time, invasives have a profound effect on the availability of fresh water running from mountain catchments and seep lines, as well as along river beds, wetlands and streams.

Climate change also play a serious role in what we perceive as a drought, with cold fronts and rain evading the Western Cape catchments.

Perhaps the most significant contributor to water stress is high rates of evaporation.
Evaporation of fresh water plays havoc on the depletion of stored waters. At the moment as much as 2% of water evaporates from dam volumes per week. With the last 10% of water in any dam being unsuitable for use, 8% of volume lost through evaporation per month is significant and critical.

How can we address and reduce evaporation rates and stabilize dam levels?
Water evaporation prevention systems (WEP), in South Africa, are either prohibitively expensive, or not suitable for covering medium to large sized water bodies.

In an effort to assist irrigation farmers to stabilize their stored waters, SCLI is assisting research and development of South African water evaporation prevention technologies, which may well have the potential to make a huge difference in the agriculture sector.

Whilst eradicating invasive alien plants from catchments does make a difference in water security, biodiversity conservation and a reduction of fire risk, many landowners simply cannot afford the associated costs.

Whilst authorities providing Cape Town with fresh water are looking at desalination, sewage and storm water recycling, water evaporation prevention can be a game changer.