Tree Donated To Custodians of The Map of Africa Tourist Site 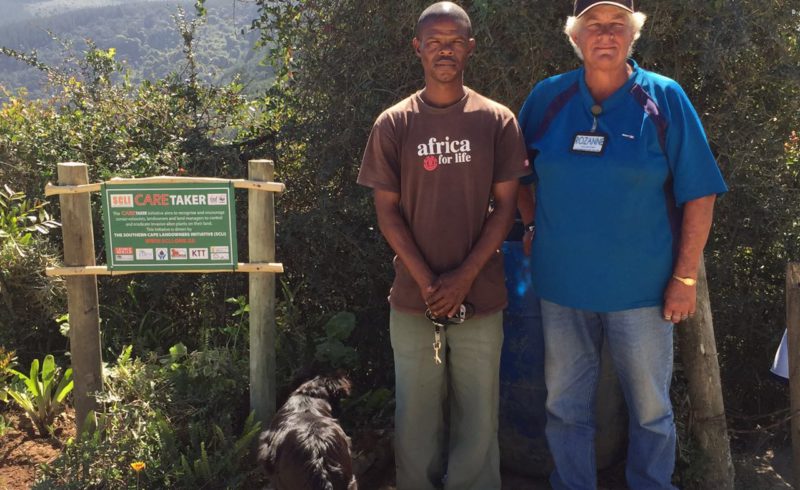 Tree Donated To Custodians of The Map of Africa Tourist Site

Hailed as one of the golden attractions in the Garden Route, the Map of Africa on Remskoen Avenue, Wilderness Heights, is a must for any tourist visiting the area.

On a ridge, with spectacular views of the Indian Ocean, the viewpoint overlooking the land formation known as the Map-of-Africa, is situated on top of the Kaaimans River valley, surrounded by indigenous forests and Kloof, with a backdrop of the breath-taking Outeniqua Mountains, running from east to west.

Says Cobus Meiring (SCLI): “The Kaaimans to Touw (KTT) conservation forum, established through the overarching Southern Cape Landowners Initiative, now aims to highlight the importance of the Kaaimans and Touw river systems, as well as the biodiversity and ecology of the area.

The establishment of conservation corridors, linking the mountains with the coast, is a principle shared by Eden District, Cape Nature, SANParks, the Constantia Kloof Conservancy, and the Wilderness Bird Sanctuary.

Through the conservation corridors, linking with buffer zones bordering the Garden Route National Park, the dedicated conservation footprint is enlarged.

Continues Meiring: “The recent devastating fires that raged through the Wilderness and Hoekwil areas highlighted the fact that, for too long, landowners have allowed their land to be overrun with invasive alien plants. The situation now necessitates drastic intervention from landowners to prevent a re-run of the fires that destroyed property to the value of R40 million”.

“As part of the SCLI CareTaker initiative, landowners are encouraged to address invasives on their own land, thus not only reducing fire risk, but also giving indigenous fynbos and indigenous vegetation types a chance for survival,” says Meiring.

is a public platform for landowners and land managers with an interest in the control and eradication of invasive alien plants.
SCLI is supported by the Table Mountain Fund 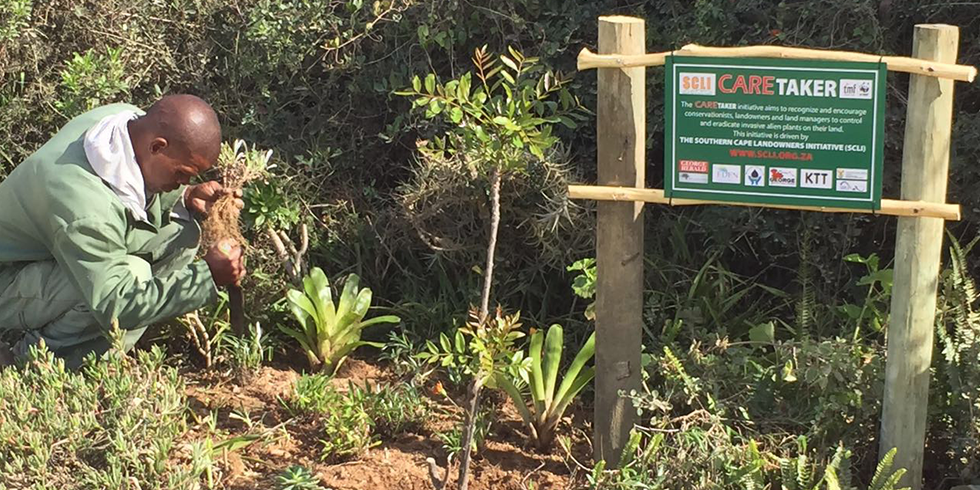