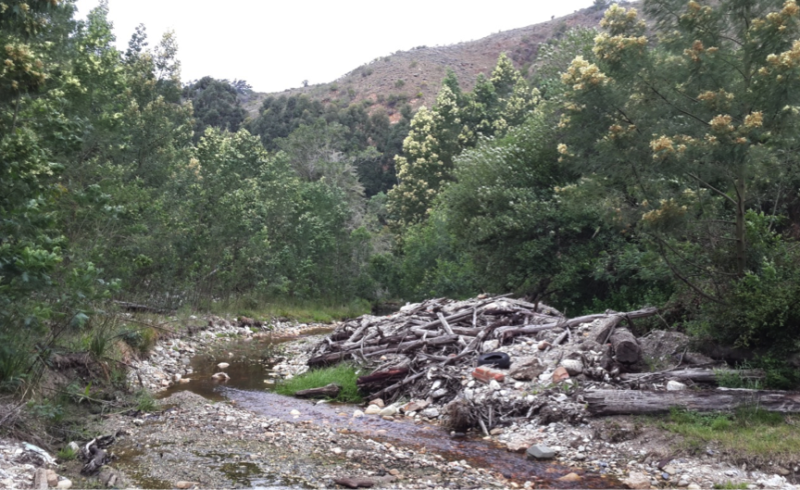 “Instead of just focussing on Mandela Day (18 July), the entire month of July is these days open to celebrate the Clear Rivers Campaign, through a collaborative national initiative.”

In a joint effort (throughout Mandela Month), and spearheaded by WWF South Africa and the Department of Water Affairs and Sanitation, the Clear Rivers campaign is aimed at focussing public awareness and participation on the benefits and importance of keeping South African rivers clean.

The need for water security, particularly in the face of global climate change and a multitude of anthropogenic impacts affecting our rivers, calls for a national and unified approach to protect our rivers, wetlands and broader catchments, is required.

Says Cobus Meiring of the Sothern Cape Landowners Initiative (SCLI), “Compared to river systems elsewhere in South Africa, where rivers and streams are severely polluted through malfunctioning and badly managed sewerage effluent, illegal dumping of all and every rubbish and poison, as well as drainage water from mines and agriculture waste water, rivers in the Southern Cape are generally in a fair condition.

“The fact that our rivers are not covered in slime and rubbish however does not imply that our local rivers are free of problems. It is well documented that besides human impact, the ecological integrity of Southern Cape rivers are severely impacted upon by invasive alien plants”, continues Meiring.

Invasives consume vast amounts of available fresh water in our catchments before the water even reaches our systems, but also affect the quality of the water, the stability of the river banks and the river course itself”.

In another example, because of reduced amounts of fresh water in river systems, less water is available to agriculture and human consumption, who, in return, extracts more water from river systems than what is ecologically sound for rivers to function and sustain them.

Says Meiring,“With burgeoning populations, as well as the creeping effects of climate change, towns such as Oudsthoorn, Sedgefield and Knysna are constantly in a state of water scarcity. With few alternatives but desalination plants, or drilling into subterranean aquafiers, the plight of our infested rivers is not going to be addressed any time soon”.

The Southern Cape Landowners Initiative, aimed at addressing invasive alien plants, will continue to encourage landowners and government in clearing rivers and streams wherever possible.

Whilst acknowledging that invasive alien plants pose a menace for landowners to control and eradicate, the community at large can only benefit from an environment free from the detrimental effects of invasives.

Supported by the Table Mountain Fund, The Southern Cape Landowners Initiative is a public platform for landowners with an interest in the control and eradication of invasive alien plants. 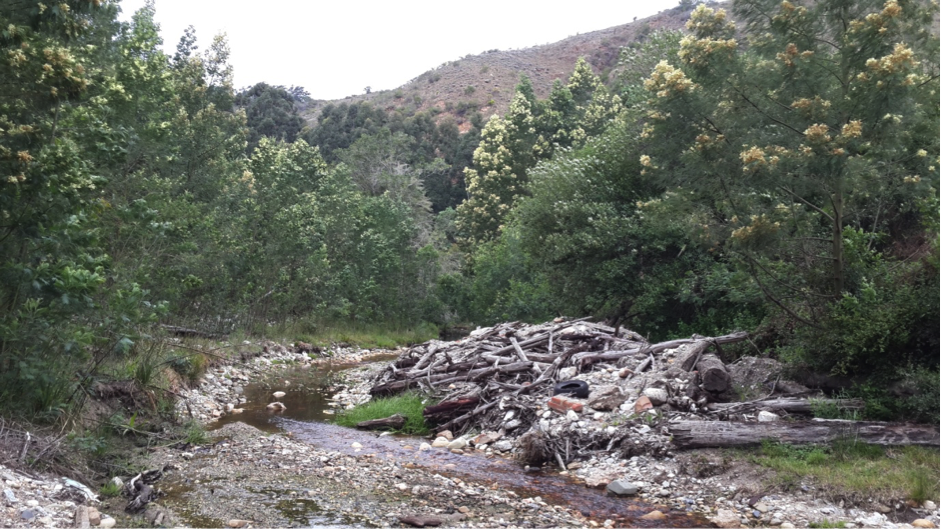