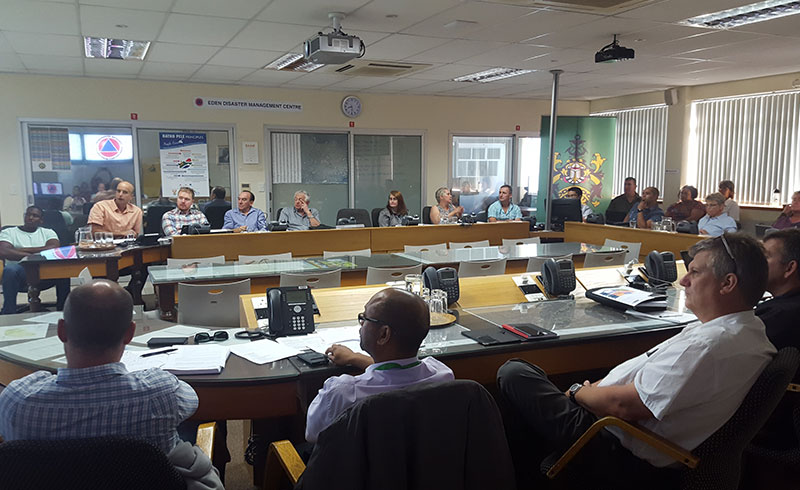 The Eden plan for spatial development: are we ready for the future?
“Have you ever considered what our part of the world will look like in 30 years’ time?” asks Cobus Meiring from the Southern Cape Landowners Initiative (SCLI).

The answer is not an easy one, but what we do know is that every year thousands of people are moving into the Garden Route. The pressure of such an influx of humans bring onto our environment is significant, and the question begs, can the environment cope with all the new development without losing much of its functionality and natural beauty.

A series of public participation workshops were hosted in the past week by the Eden District Municipality, as part of planning its spatial development framework document (SDF).

“What we can expect is urban sprawl into areas that are currently either under agricultural land, and/ or higher densities of urban development”.

All this is to be expected with the urbanization of South Africa’s population, and it has long been established that George and surrounds will become a sprawling metropolis.

Many of those moving into the area are coming here because they fall in love with the mountains, green forests, lakes and the coast line.

What we also know is that there is not enough water available to cater for what is coming our way, so development options are actually limited.

Already Knysna, Sedgefield and Plettenberg Bay are experiencing chronic water shortages, and, if what is projected in terms of climate change is accurate, then the situation is unlikely to improve.

Water storage capacity in existing dams is limited, and the option to build more dams is basically not an option (at this stage in any event).

Making matters worse is the fact that invasive alien plants are on the increase in our catchments and river systems, draining away large volumes of fresh water.

What will happen to our conservation land?

Nature conservation is the first victim when land development is on the cards.

What remains of our Fynbos landscapes are, without exception, moving from a vulnerable state, to a critically endangered state, where its existence can no longer be guaranteed.

The creation of sustainable conservation corridors may be the answer?

Much of the landscape we see today in the Garden Route is already utilized by agriculture, and large tracts of land are covered by invasive alien plants.

Participants in the spatial development framework (planning) workshop agreed that, the establishment of conservation corridors, will go a long way in keeping what remains of our scenic landscape intact.

The suggested corridors will enlarge the existing conservation footprint, and allow plants and animals to migrate from the mountains to the ocean, as well as laterally along the coastal plateau.

Participation of private and public landowners, particularly in the way they address invasive alien plants, will be crucial in reaching this objective.

Already SCLI and large land managers are moving towards signing a memorandum of agreement to co- operate in creating conservation corridors, and we can only hope that the initiative will bear fruit.

“But corridors alone are not enough” says Professor Christo Fabricius of NMMU (Sustainability Research Unit), who also attended the workshop:

“To adapt to a new future we also need changed mindsets amongst land users, decision makers and the general public. All of us need to start appreciating the importance of nature’s infrastructure, and the supporting role that biological diversity (the wealth of natural species, landscapes and ecosystems) plays in safeguarding a good tomorrow for us and our children. Pooling all our resources, across government departments, business sectors and voluntary organizations to make better decisions together could be a game changer here.”

SCLI is a public platform for landowners and land managers with an interest in the control and eradication of invasive alien plants. SCLI is supported by the Table Mountain Fund (TMF), an associated Trust of WWF South Africa – www.scli.org.za

We need to realize that the greatest threat to a good future is poor decision making and working in isolation. The new era is already here, with many more people, less water and a less predictable climate. Only fundamental change in the way we do things will allow us to adapt, together, to make the Anthropocene (Earth’s most recent geologic time period as being human-influenced, or anthropogenic, based on overwhelming global evidence), a good time to live in.”