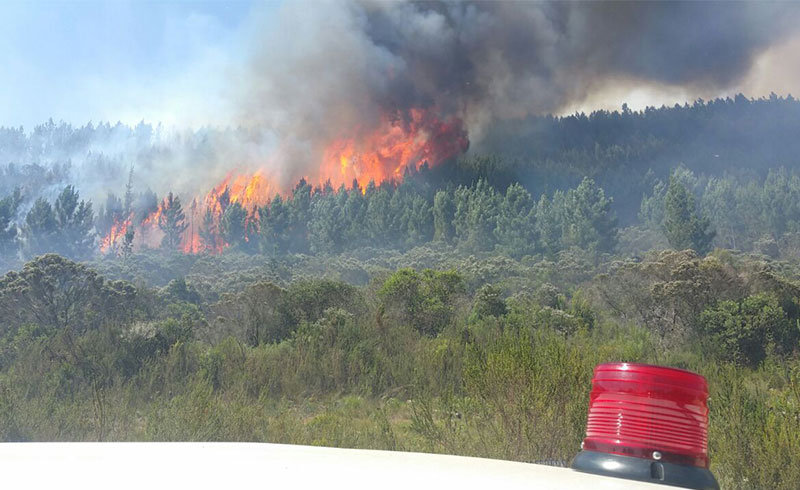 Besides losses of thousands of hectares of grazing, damage to property, vast amounts of money to fight fires, towns such as Knysna, Plettenberg Bay and Sedgefield, are feeling the effect of restricted availability of fresh water as a result of overgrown catchments and river beds.

Coinciding with the United Nations World Biodiversity Day celebrations, the aim of the conference is to develop a collective approach to ever increasing threats posed by invasive alien plants. Not only is the regional footprint of invasive alien plants on the increase, but budgets to address the problem is decreasing.

In South Africa (along with many places elsewhere in the world), invasive alien plants are considered to be a significant threat to biodiversity conservation and the sustained delivery of ecosystem services, most significantly, the ability of catchments to release water.

Accordingly, considerable resources are expended in attempts to address this problem. Initiated in 1995, South Africa has one of the largest government funded programmes in the world aimed at managing IAPs, namely the Woking for Water Programme. This programme was initiated in 1995 with the dual objectives of (1) clearing IAPs to increase water delivery and improve ecological integrity and (2) job creation to alleviate poverty (Van Wilgen, Le Maitre & Cowling 1998).

However, in the past two decades, state funded initiatives, such as Working for Water, to address invasive alien plant eradication has all but disappeared from the Southern Cape, and when in place, had mixed results.

SCLI: A spring board for co-ordinated (regional) planning.

With the situation as it is, Southern Cape land managers and land owners intend to use the SCLI annual seminar (on invasive alien plants) as a spring board for better planning and co-ordinated spending.

The development of an overarching (regional) strategy to deal with invasive alien plants can potentially bring about water security in stressed catchments, reduce fire and associate risks, and retain what biodiversity remains in the Garden Route and Outeniqua mountains.

The conference is co-ordinated by SCLI, and will be hosted on Thursday 25 May and Friday 26 May at the Far Hills Hotel. Interested parties can contact Janet van Ginkel – janet@papertreeprojects.co.za
or info@scli.co.za

The Southern Cape Landowners Initiative (SCLI), is a public platform for landowners and land managers who have an interest in the control and eradication of invasive alien plants. SCLI is supported by the Table Mountain Fund, an associated trust of WWF SA, visit www.wwf.org.za for more information.

Foto: (GERHARD OTTO)
The presence of invasive alien plants on the Southern Cape landscape has devastating results in terms of water security and wild fire.