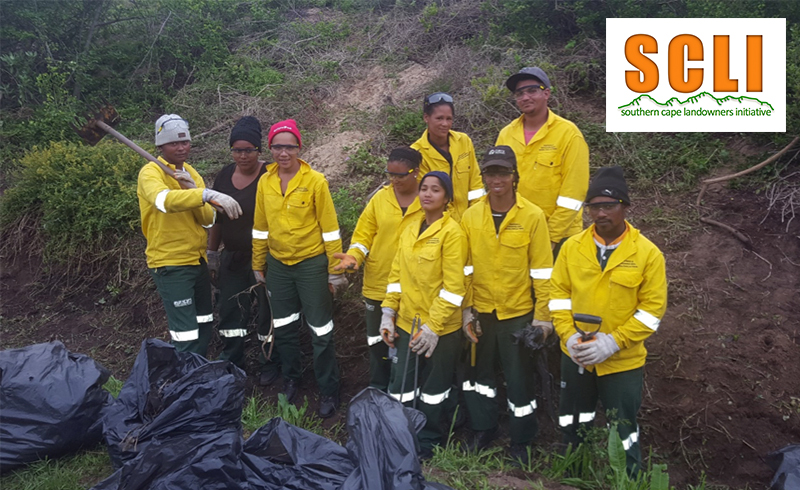 The recent devastating fires raging through the area highlighted the fact that invasive alien plants have a detrimental effect and risk factor on the environment that is beyond believe.

The problems with invasive plants does not end with fire only, but pose similar risks to water security in many parts of the George municipal footprint, as well as indigenous bio diversity.

A lot of attention is paid to eradicating the obvious and most visible invasive species, such as pines, black wattle, Rooikrans and Port Jackson. These species are responsible for creating dense forests of biomass which serves as fuel for wild fire, drain catchments and rivers of fresh water, and edge out indigenous biodiversity.

However, invasive alien plants and trees does not end with the species mentioned. Madeira vine, Lantana and Bug Weed are also making inroads into our remaining conservation areas.

An example of the work SANParks does is now becoming visible as the Eastern Heads of Kaaimans Kloof is cleared of tall pines, which increasingly dotted the famous Kaaimans skyline.

Perhaps not so visible, but equally important, is work conducted by SANParks along the Touw river in clearing Madeira vine. Madeira vine is a very difficult invasive species to clear, as the roots have to be dug out, the entire plant placed in bags and burnt, in order to prevent it from sprouting where they are dumped.