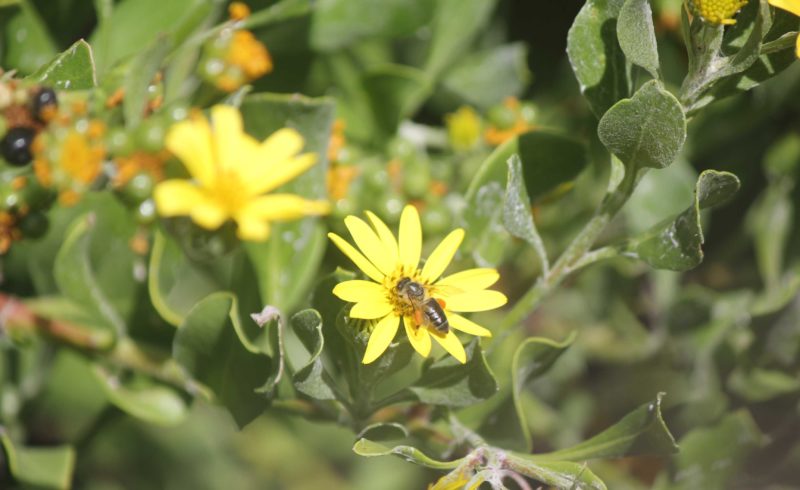 “With the stated objective to enhance the conservation footprint in the Southern Cape Garden Route, through improving the ecological integrity of selected river systems as biodiversity corridors, the Southern Cape Landowners Initiative (SCLI) has set ambitious objectives,” says Cobus Meiring of SCLI.

SCLI is managing the Cape Floristic Corridor Revival and Training Programme with support from the Table Mountain Fund (TMF).

SCLI, with the cooperation of private landowners along selected river systems, now aims to define the geographic footprint surrounding river systems that can serve as biodiversity corridors. SCLI has identified and prioritised areas that are affected by invasive alien plants and now provides the necessary technical support to qualifying landowners with the development of Invasive Alien Plant Control Plans for their properties.

Private landowners own most of the land between the Indian Ocean, the Outeniqua mountains and Klein Karoo, and, with the exception of national and regional parks, reserves and inaccessible deep river gorges, almost every hectare of the coastal plateau is developed, intensely farmed or under plantation.

River systems linking the Outeniqua Mountains with the Indian Ocean are vital in allowing both terrestrial and marine ecosystems to survive, and for enabling critically endangered plant and animal species to migrate in ensuring their respective genetic survival.

In an example, Coastal and Sand Fynbos is now found only in isolated patches along the Garden Route coastline, and has over the past two decades dipped way below the critical threshold if it is to survive its many challenges, including frequent wildfires, climate change and an ever-shrinking habitat through urban development.

Given that there is no more land available for formal conservation purposes along the Garden Route, and the fact that the coastal plateau is separating the movement of plant and animal species from the mountains to the sea, the river systems along the Garden Route remain the last option to serve as conservation corridors to enable critical natural migration of species.

Unfortunately, most of our river systems in the Garden Route are heavily infested with invasive alien plants, victim to untreated effluent from townships, run-off from farmland that carries undesirable pesticides and nutrients, as well as wetlands and sub-catchments that are so overgrown with invasive trees that they no longer support aquatic life nor biodiversity.

Through the Table Mountain Fund, SCLI has entered into a partnership with more than 90 private landowners along the Great Brak, Kaaimans, Touw, Goukamma and Knysna Rivers, in order to assist them in improving the conservation status of their land by more effectively managing invasive alien plants on their respective properties.

Considering the vast geographical project area, as well as the difficulty in reaching out to remote landowners and obtaining their participation and buy-in, this is no easy feat.

The first step was to create overarching spatial data and maps on each river system to indicate the level of invasive alien infestation of individual rivers systems, and then to draw up fine-scale Invasive Alien Plant Control Plans for individual landowners.

In addition to this, landowners were invited to training sessions in invasive alien plant control and management, by providing them with technical input and making available a database of trained contractors to assist them.

By making use of printed and social media platforms, as well as by approaching regional conservation, agricultural and fire protection associations as well as local conservancies, reaching out to landowners proved possible.

As much as private landowners in the Garden Route are mostly conservation-minded, aware of the risks associated by invasive alien plants, including fire and water security, the eradication and control of invasive alien plants are expensive and requires consistent commitment.

The Cape Floristic Corridor Revival and Training Programme is a three-year project, aimed at entrenching the principle of corridor conservation objectives over time, and obtaining landowner commitment and support through the direct investment of the development of invasive alien plant control plans as well as training. 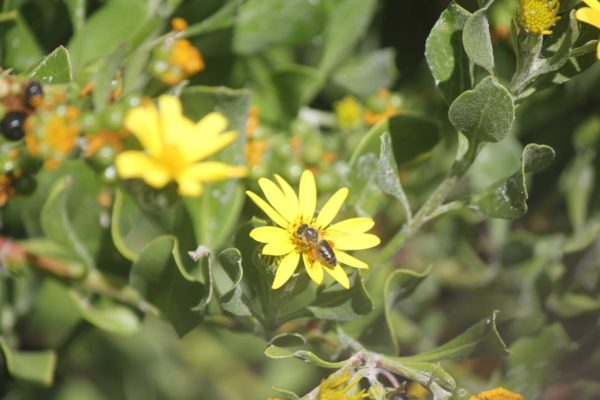 Nature has nowhere to go as private landowners hold the key to the survival of an ever-shrinking ecological footprint along the Garden Route. (Photo: Cobus Meiring)