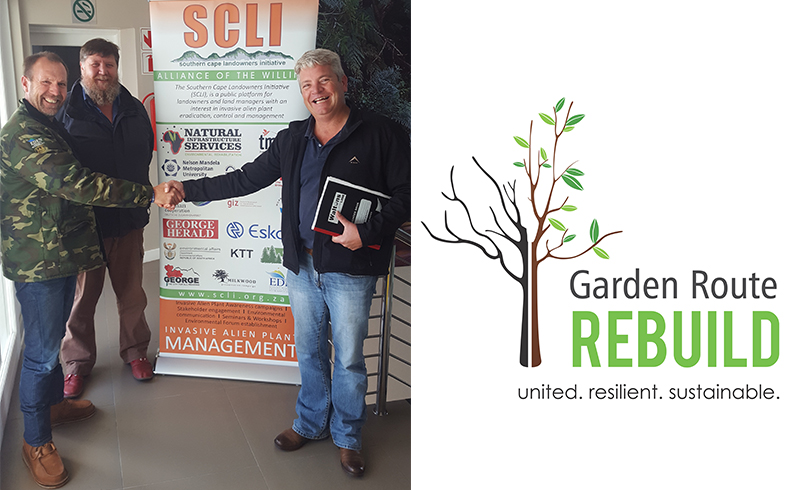 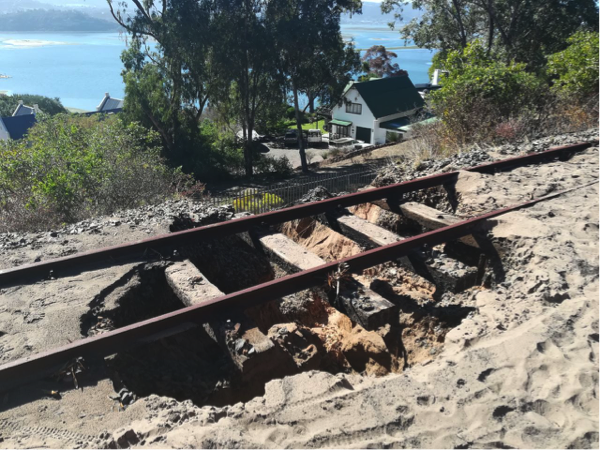 Efforts and interventions to stabilize denuded landscapes around Knysna, Brenton and Belvidere continue.

A number of new sites have been added to the list since rain fell in the past seven days. 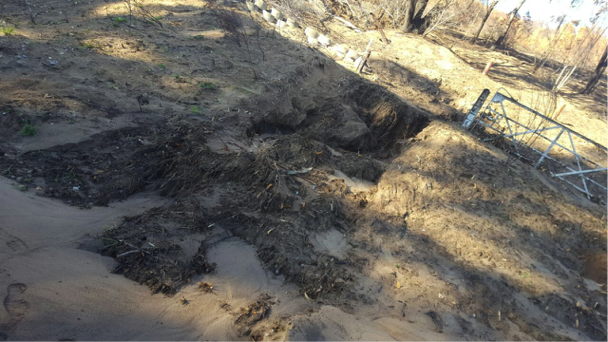 On Friday 4 August 26 millilitres of rain was recorded and fresh deposits of sand and soil were washed down the Brenton and Belvidere slopes. 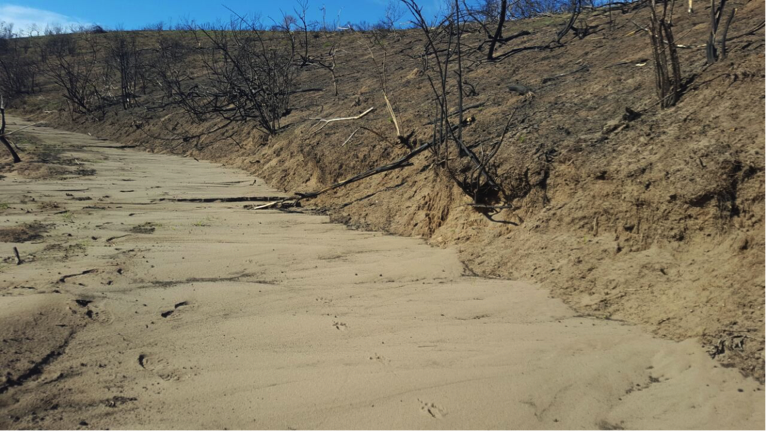 At the same time, after a localized downpour, large amounts of soil washed down onto the N2 causing an accident, and road closure. 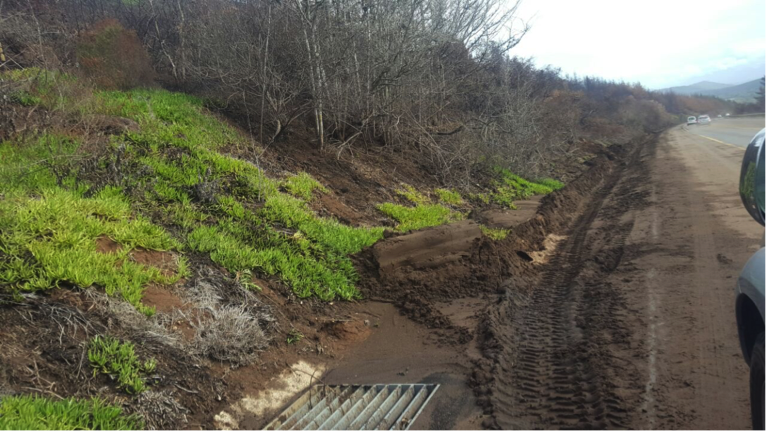 The N2 incident served as a clear example of what will happen in Brenton, should more than 20 millilitres of rain fall at any given time.

A total of 350 berms, spanning a total of 2100 meters have been installed.

The hydro seeder truck and equipment has arrived from the interior, and it has been tested and calibrated in Plettenberg Bay. 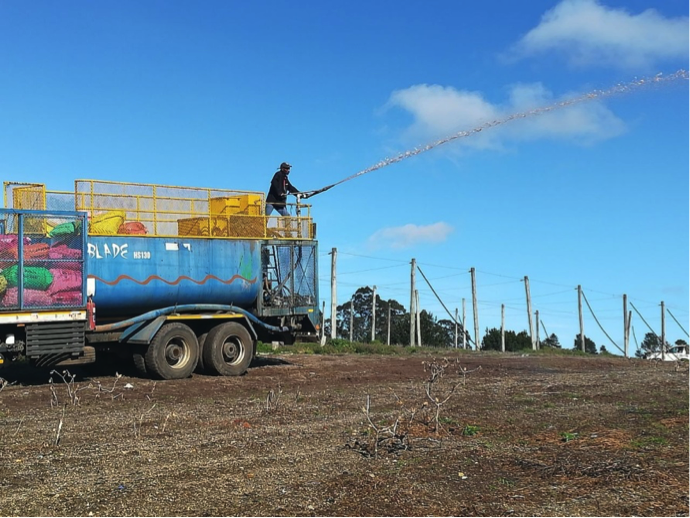 A process to recruit a further 45 individuals, to assist with the hydro seeding process (scarifying of slopes), is under way.

Supervision, operational and technical support is provided by the Southern Cape Fire Prevention Association (FPA), under the auspices of the Project Management Unit (PMU). 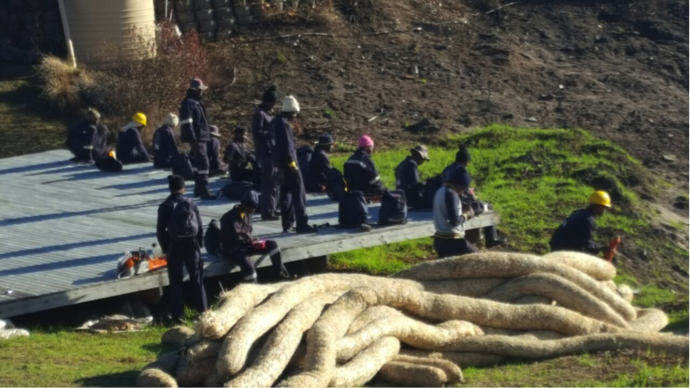 4. Concerns
The number of slopes and catchments which require intervention exceeds the available labour. 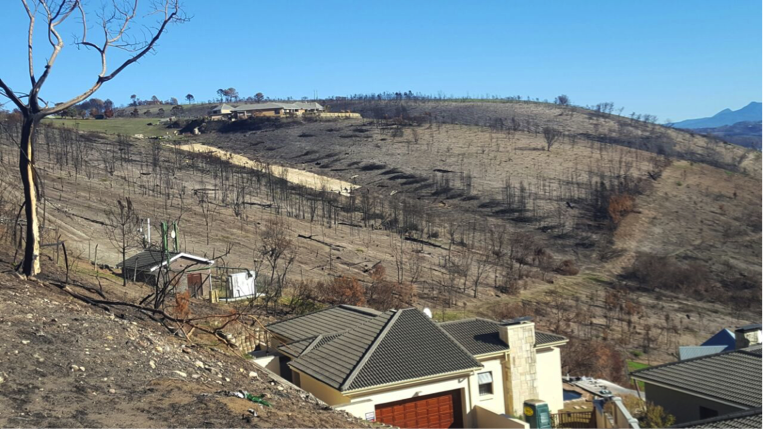 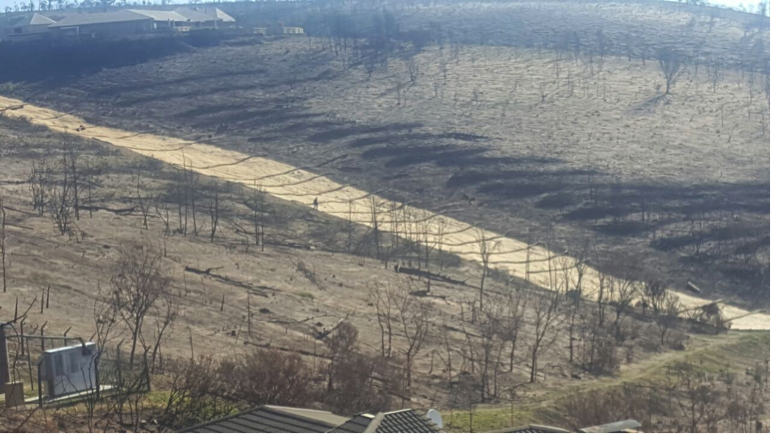 There is real threat that, should the area be exposed to rainfall exceeding 20 millilitres, vast amounts of sand and soil will be washed down the denude slopes.

A further concern is that the seed bank is being diminished as the slopes are stripped of significant amounts of (seed bearing) top soil.

5. Communication
Communication between the Disaster Management and participating entities takes place on a daily basis.

DEA has contacted GRR and requested that it make a concerted effort to lend the efforts of the Department more exposure.

Working on Fire has deployed a communication team to record efforts on the ground, and will distribute coverage to SABC and others on their media database.

The collective is in the early stages of discussions on a possible Open Day/ Media event in September.

The mayor of Eden District, as well as the private sector sponsors (Avbob specifically), indicated that they will visit the working sites on Wednesday 16 August (to be confirmed).

Articles have been noted in regional papers and announcements were made on radio stations.

Pam Booth (Knysna Municipality), made a presentation on the fire and ongoing rehabilitation effort at the annual Fynbos Forum, held in Swellendam.

6. Landowner participation
Given the shortage of man power, landowners and their staff in Belvidere Estate are being trained on how to install bio-degradable berms.

Landowners in Buffeslbaai are also taking care of denuded dunes, and are installing stabilizing terraces made out of invasive alien tree trunks.

Landowners are using Vygies as a very effective and fast growing plant cover.

7. Stats on berms
Approximately 350 berms have been installed or have been delivered on site.

Given the precarious state of the Knysna hills, the PMU will consider issuing an advisory to landowners whose properties are at risk of flooding and mud slides, ahead of rain storms. 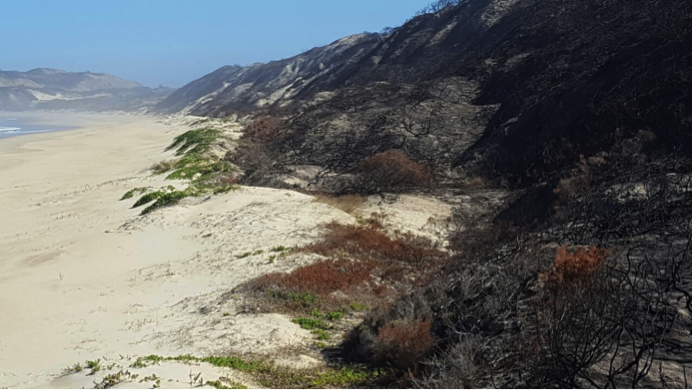 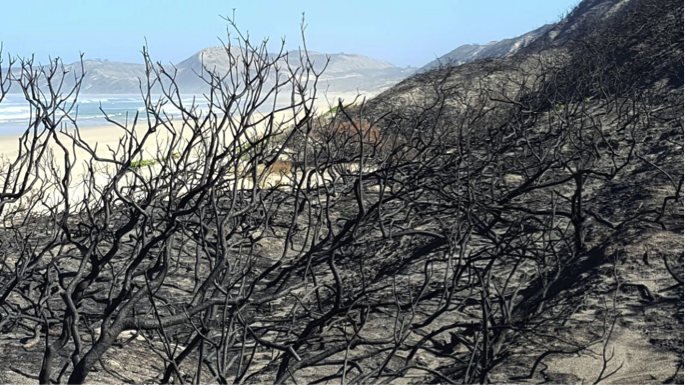 (Report compiled by SCLI on behalf of GRR)

The Fund for the Reconstruction of Knysna and the Eden District