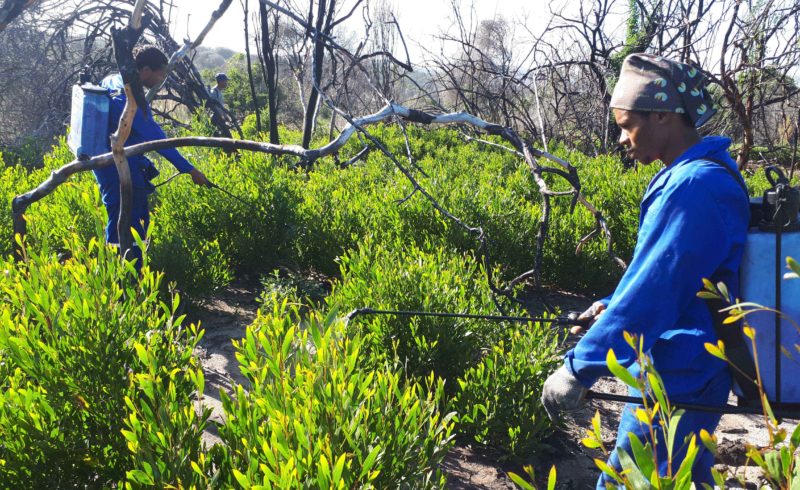 “The wildfire disasters which swept through the Southern Cape in 2017 and 2018, triggered a secondary environmental disaster in the shape of aggressive growth and regrowth of invasive alien plants,” says Cobus Meiring of the Southern Cape Landowners Initiative (SCLI).

“Already reeling from loss of life, loss of thousands of hectares of grazing, hundreds of kilometres of fencing and irrigation equipment and infrastructure destroyed, landowners now also have to battle an aggressive onslaught of invasive alien plant growth, stimulated by the fires and fuelled by favourable rainy conditions throughout the winter.”

“Compounding matters even further, and to great associated cost to affected landowners, is a clampdown from Government on landowners who allowed their land to become infested with invasive alien plants. Invasive alien plant infestation was one of the main drivers of the intense wildfire disasters and is now compelling landowners to take action and clear their land of invasive biomass to prevent a recurrence of the tragic events.”

“The upside for landowners in the region is that there are a number of trained and equipped contractor teams available that specialise in the control and eradication of invasive alien plants. The contractors are well-versed in dealing with invasive alien plants, and landowners can contact them directly in order to obtain quotations for them to do the work,” says Meiring.

Earlier, SCLI presented a skills-training workshop for small-scale emerging contractors who are involved in invasive alien plant clearing and control operations in the Garden Route. The workshop was hosted in Knysna on 19 September.

“These days, the Department of Environmental Affairs insists that affected landowners must become compliant in terms of environmental legislation and develop Invasive Alien Plant (IAP) Control Plans for their properties”. IAP control plans reflect which invasive plant species are present on the land, how old they are, what densities they occur in, and how to deal with the plants in clearing and controlling them.

Meiring emphasises the importance of drawing up Invasive Alien Plant Control Plans. “Perhaps more important, the control plans provide landowners with prioritisation options and corresponding costing schedules, which enables them to deal with invasive alien plants within their means and budget.”

SCLI is currently assisting landowners affected by the fires, as well as those situated along the Great Brak, Kaaimans, Touw, Goukamma and Knysna rivers with the development of IAP control plans free of charge.

Landowners can contact Cobus Meiring on 083 626 7619 or send an email to cobus@naturalbridge.co.za for more information. 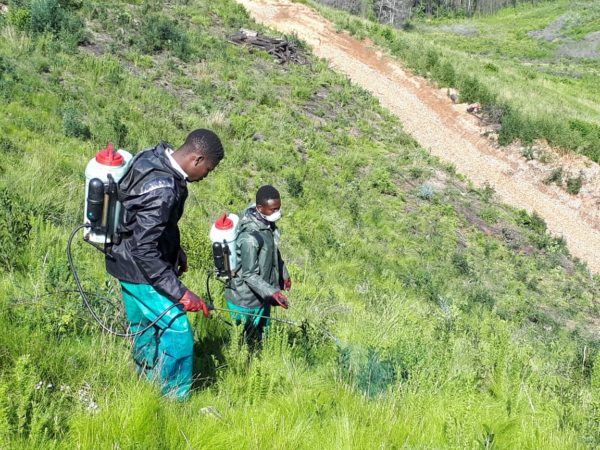 Forum to commemorate the Knysna fires of 7 June 2017