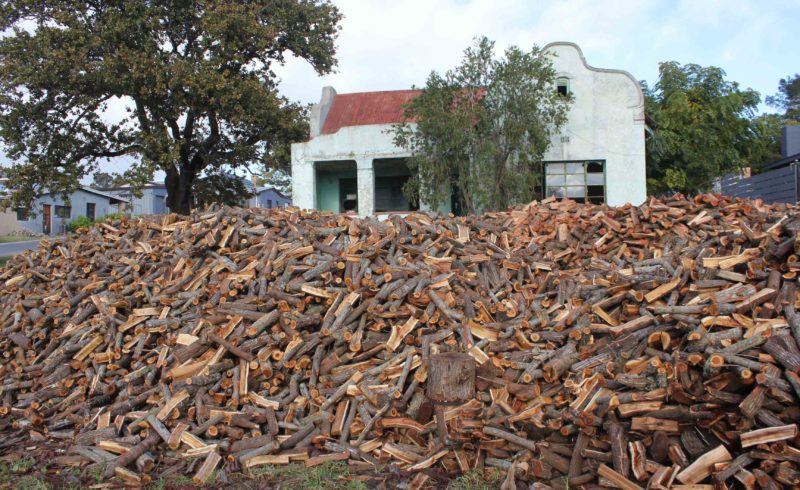 “Although South Africa has proactive policies and national interventions to manage invasive alien plants, the country is in a perpetual struggle to contain the fast-spreading plague of invasive alien plants (IAPs) and trees. However, the biomass produced by these plants and trees has developed an economy of its own over the past century, and presumably, thousands of people are dependent on it for survival,” says Cobus Meiring of SCLI.

“To develop a better sense of exactly how strong and extensive the South African invasive alien plants and trees (biomass) economy is, and who those are involved in making a living of the biomass produced, SCLI and the Department of Forestry, Fisheries and the Environment (DFFE) is in the process of developing a strategic framework for an alien and invasive biomass economy in South Africa.

According to Meiring, the aim of the strategic framework is multi-pronged in the sense that it not only wants to determine how viable and vibrant the industry supported by invasive alien plants is, but also to determine how those in the IAP economy can be supported, as the industry not only serves to better control and eradicate rampaging invasive alien plants, but at the same time put their biomass to good use.

“In Southern Africa, invasive alien plants are not only a cause for concern for the environment, but also large-scale bush encroachment, brought about mostly by bad land management practices as well as a measure of climate change impact in places. For example, in places such as neighbouring Namibia, bush encroachment is an enormous problem, and the volumes of biomass produced by encroaching trees are staggering, covering vast expanses and in the process rendering thousands of hectares of potentially fertile agricultural land useless.”

“As the challenges posed by invasive alien plants multiply, so does the urgency to measure the economy revolving around it. The study will determine who and how those involved can be assisted in growing a market for the biomass, and in so doing, create a platform of collaboration for the unchartered industry.”

Says Meiring: “The more obvious industries tapping into IAP biomass are those producing charcoal, the well-established firewood, briquettes and charcoal market, bio-energy, biochar for pharmaceutical and agricultural products, compost and animal feed, wood chips and wood shavings. The predominant species would include black wattle, blackwood, Rooikrans, pine and several indigenous encroaching woody species. However, there are many other IAPs that are not so obvious, but with the potential to be developed further and possibly be utilised for economic purposes.”

There are also a multitude other more but perhaps smaller in scale industries that also play a role in the value chain created by IAP biomass. All stakeholders and interested and affected parties in the industry are invited to engage with DFFE through SCLI and make their voices, interests and opinions on the matter known. Small-scale businesses and individual entrepreneurs are invited to list their businesses on the biomass economy database as part of a consultative process.

Individuals, researchers, NGOs and business entities active in the IAP economy and value chain are encouraged to engage with SCLI in the development of the strategic framework, as well as to participate in a series of virtual dialogues on the IAP economy to be conducted during August and September 2021.

Information on the themes to be discussed and captured as part of the development of the strategic framework is available on the SCLI website at www.scli.org.za or follow the link to https://www.scli.org.za/announcement-and-invitation-to-participate/. Enquiries, database registrations, written submissions or notes and suggestions can be sent to louisamare@gmail.com or WhatsApp her on  082 078 1629 (office hours).

The South African economy revolving around biomass produced by invasive alien plants in South Africa is substantial but largely undocumented. A process to develop a strategic framework for the biomass economy is underway to determine how the industry can be assisted to play a bigger and perhaps better supported and incentivized part in dealing constructively and viably with invasive alien plant biomass. (Photo SCLI)