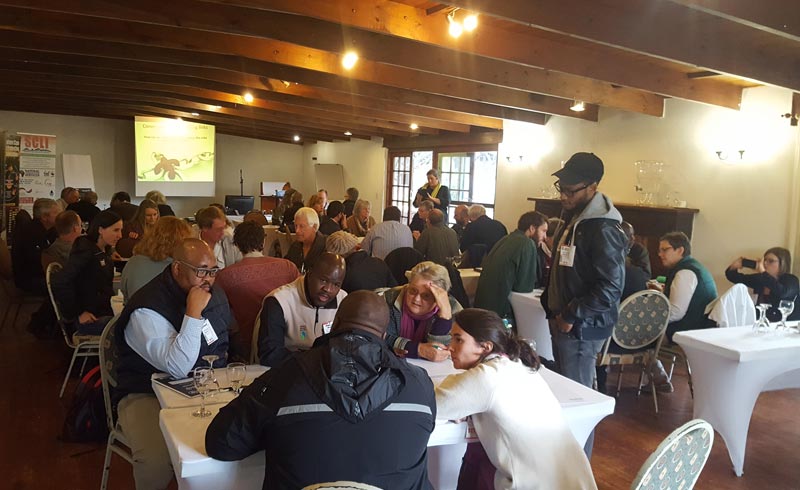 Laws instituted through good intentions, often have unintended consequences, says Cobus Meiring of the Southern Cape Landowners Initiative (SCLI), and legislation pertaining to the control and eradication of invasive alien plants seems to be no exception to the rule.

At a recent seminar on invasive alien plants in the Southern Cape, hosted by SCLI, Eden District Municipality and the NMMU Sustainability Research Unit (SRU),landowners and land managers expressed their dismay at the myriad of (legally enforced) compliance issues they have to contend with regarding the control and eradication of invasive alien plants on their properties.

The seminar was well attended by private landowners and conservationists, with key role players from National Departments of Environmental Affairs, as well as Agriculture, Fisheries and Forestry, Eskom, SANParks, Cape Nature, Transnet and MTO Forestry all present.

Authorities from Departments of Agriculture and Environmental Affairs, agreed with land owners that, in many instances, with the current bouquet of laws and regulations in place, discrepancies may arise. Landowners are caught between a rock and hard place, simply because there are too many contradictions and obstacles in the various laws prescribing how to dealing with invasive alien plants.

Landowners in favour of clearing their land

Landowners generally, and more often enthusiastically, support calls from authorities insisting that invasive aliens be dealt with. Landowners do however feel that the various government departments should revisit the laws that govern the presence of invasive alien plants on land, and the prescribed clearing processes. Laws such as CARA, Nemba and OSCAE often seem to contradict one another, and more recent legislation, forcing the hand of estate agents in property transactions, further compounds the matter.

Landowners also feel that in some instances the legislation simply does not muster constitutional validity, and hence call for a review of existing laws. Some law-abiding land owners say that they have now become liable for legal action by the authorities for the fact that there are invasive aliens on their land, which they did not establish, and over which they have little resources to control.

Another matter of concern for landowners is having to deal with many hectares of invasive aliens that established themselves as a result of wild fire, or have been on the land (historically), for many decades. Given the substantial costs associated with eradicating invasive alien plants, and the fact that its aggressive re- growth often has to be managed into perpetuity, is indeed a daunting prospect for landowners.