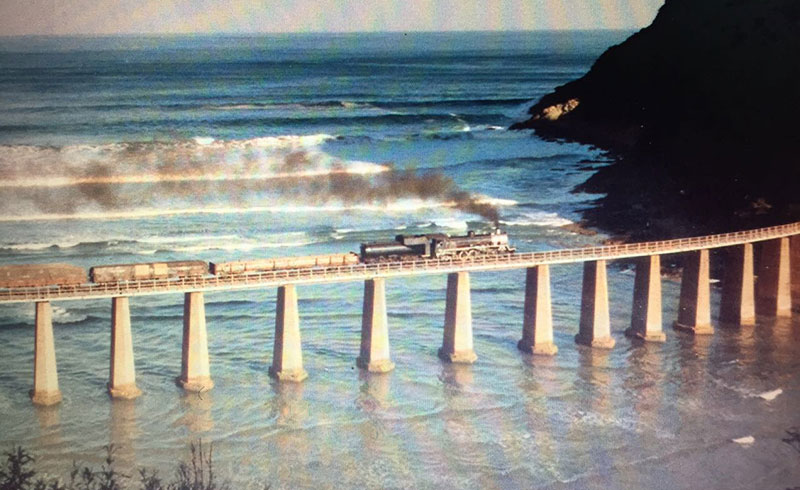 The establishment of the Kaaimans to Touw (KTT) conservation initiative in 2015 gave significant momentum to efforts to encourage landowners to control and eradicate invasive alien plants in the area.

With land bordering the N2 along Kaaimans Pass, landowners Bruce Jackson and Tienie Botha have joined forces with Sanral and SANParks to clear invasive trees on the slopes of the once pristine valley. The Kaaimans area has significant cultural heritage, dating back to the Khoi and the early settlers as the gateway to Knysna and Plettenberg Bay and, with the prominent railway bridge over the Kaaimans River, it is a true landmark. The area should really qualify as a heritage site,

In 2015, local landowners all joined in a community hacking day to clear municipal land of invasive alien plants, and that event really set the scene for broad-based community participation to restore the Kaaimans/Touw river basins of invasive alien plants. Potential threat to the northern slope In the past, the Southern Cape Landowners Initiative (SCLI) has expressed concern about the collapse of the (indigenous) forest canopy, under the weight of a fast-spreading creeper (along the northern slopes of the Kaaimans).

This fast deteriorating ecological situation may well have a negative effect on the stability of the northern slope, which may, in turn, pose a threat to the structural integrity of the N2, should there be a landslide as a result.

SANParks has availed funding to clear river systems such as Kaaimans and the Touw, bordering the Garden Route National Park and, ultimately, would call on landowners in the area to clear their land of invasive alien plants to create a bigger conservation footprint in the Southern Cape.

Cobus Meiring represents the SCLI and regularly provides a public platform for landowners with an interest in the control and eradication of invasive alien plants.