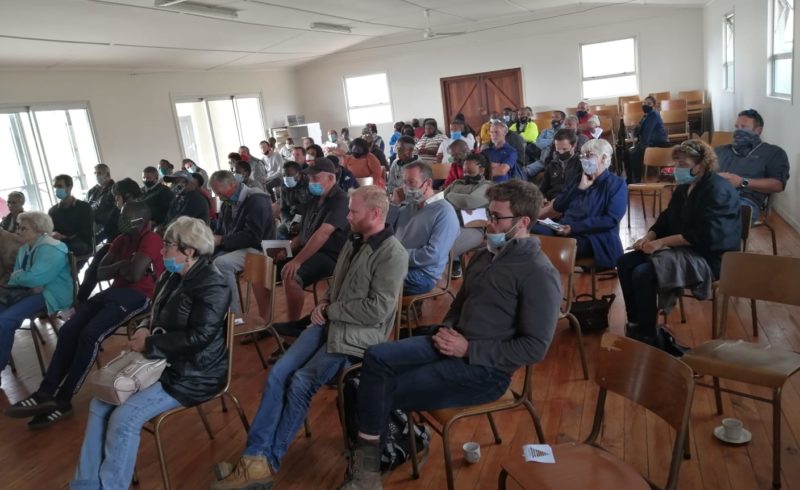 “A recent workshop conducted at the edge of the Goukamma River at Buffels Bay, highlighted the plight of Garden Route river systems and the importance of responsible land management practices in reducing environmental risks, including water security and wildfire events, associated with invasive alien plants,” says Cobus Meiring of the Southern Cape Landowners Initiative (SCLI).

“Since the 2017 and 2018 wildfire disasters that ripped through the Garden Route, landowners and land managers have upped their efforts to deal with invasive alien plants on their land considerably.

According to Meiring, there has been a marked increase in activities aimed at addressing invasive alien biomass on the Garden Route landscape with more resources and better equipment dedicated towards it. Equipment focussing on “green energy” such as battery-powered chainsaws, is also becoming more available on the market.

“Garden Route landowners are, generally speaking, enthusiastic in their land management approach and enjoy the natural beauty of their surroundings in an environment free of invasive alien plants, where endangered Fynbos can survive and thrive, and along with it all associated indigenous biodiversity.”

“Presentations made at the recent SCLI Landowner and Contractor Workshop included information on advanced software programmes which, deployed through camera systems fitted on aerial drone platforms, can, with extreme accuracy, differentiate between indigenous and invasive alien plants, and can assist land managers tremendously in their planning and budgeting in calculating the extent of work they need to do to address invasive plants on their land, and in order to effectively track and audit their progress.”

“Advances in drone technology over recent years made it now possible for drones to easily carry up to thirty litres of herbicide and cover large areas affected by all sizes of invasive alien plants, including normally inaccessible terrain, in a very short time span and can do so cost-effectively with great accuracy and negligible collateral impact on indigenous growth that are often intermingled with invasive alien plants,” says Meiring.

“The workshop was concluded with a field visit to the Goukamma Nature Reserve to look at land that is now totally overgrown by invasive alien plants following the 2017 wildfire disaster, and that could not be addressed earlier as a result of COVID-19 issues with labour and accessibility as a result of the Goukamma floodplain making access impossible.”

Concludes Meiring: “SCLI, along with private landowners and regional environmental entities such as SANParks and CapeNature are in the process of setting the scene for a Garden Route Critical Rivers Initiative, aimed at the better management of river systems in order to restore and enlarge the regional conservation footprint, and to achieve rewilding objectives in the face of a changing climate.” 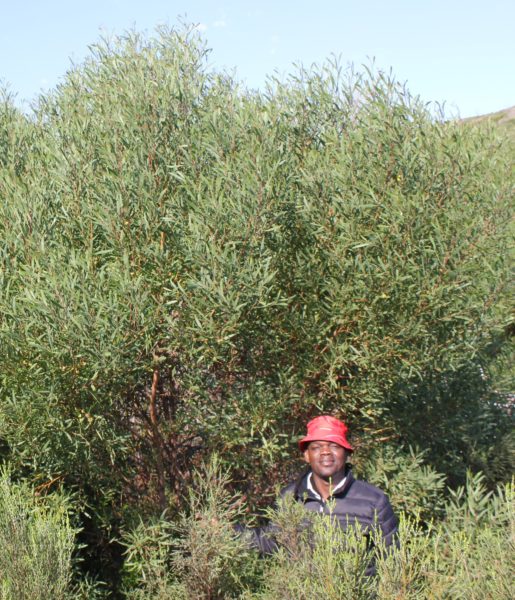 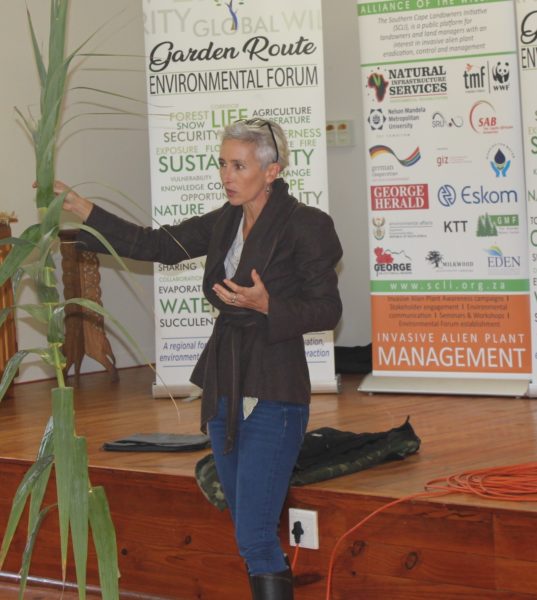 At a recent workshop conducted by the Southern Cape Landowners Initiative (SCLI) in Buffels Bay, Pamela Booth, Environmental Manager at Knysna Municipality, informed landowners on the various species of invasive alien plants that are common in the Garden Route. (Photo: SCLI) 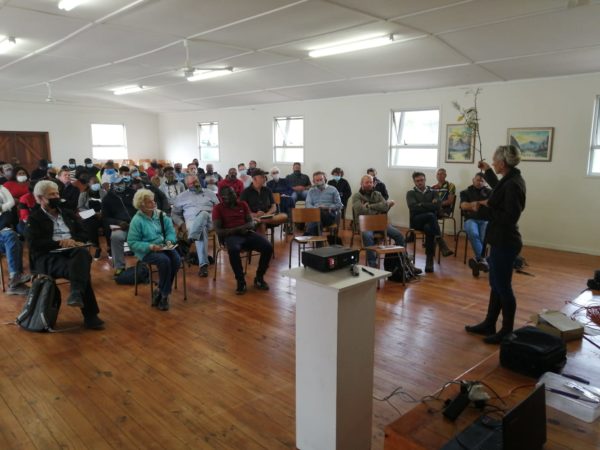