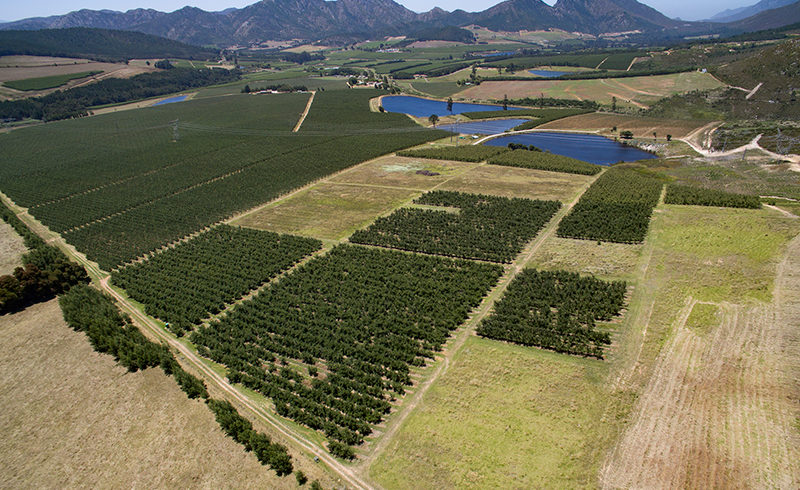 The Southern Cape Landowners Initiative (SCLI) would like to invite landowners bordering the Great Brak, Touw, Knysna, Kaaimans and Goukamma Rivers to participate in efforts to conserve biodiversity along the river system, reduce fire risk, and better manage Invasive Alien Plants (IAPs) on their land.

In order to achieve this objective, SCLI, with funding received from the Table Mountain Fund, will draw up Invasive Alien Plant (IAP) Control Plans for participating landowners, free of charge.

IAP Control Plans are a great tool in managing, eradicating and controlling IAP growth in the area, are of a high standard, and accepted by the Department of Environmental Affairs, Forestry and Fisheries (DEFF) in terms of the NEMBA Act.

IAP control plans reflect which invasive plant species are present on the land, how old they are, what densities they occur in, and how to deal with the plants in clearing and controlling them. The control plans provide landowners with prioritisation options and corresponding costing schedules, which enables them to deal with invasive alien plants within their means and budget.

Identified as a high-value conservation system, the Southern Cape Landowners Initiative (SCLI) has identified the Great Brak, Touw, Knysna, Kaaimans and Goukamma Rivers for inclusion in its Table Mountain Fund Cape Floristic Corridor Revival Programme. This initiative is aimed at identifying land that poses a threat to the conservation potential of the river, due to invasive alien plant infestation or land degradation as a result thereof, including watercourse and wetland degradation or factors catalytic to erosion. The programme also aims to document and highlight the existing indigenous or untampered zones along the rivers with high biodiversity value.

A total of 15 landowners per river corridor will be assisted, free of charge, by SCLI in the development of fine-scale invasive alien control plans, which will enable the landowners to plan and prioritise the control of invasive alien plants on their land. These plans ring-fence areas on the land affected by IAPs, and list the presence of respective plant species, their age classes and their densities.

In terms of the National Environmental Management: Biodiversity Act (NEMBA), as well as the Conservation of Agricultural Resources Act (CARA), landowners who are affected by invasive alien plants must develop and implement an Invasive Alien Plant Control Plan, and be able to present it to the Department of Environmental Affairs (DEA): Directorate Biosecurity upon request, or run the risk of being served with a DEA Directive to follow suit.