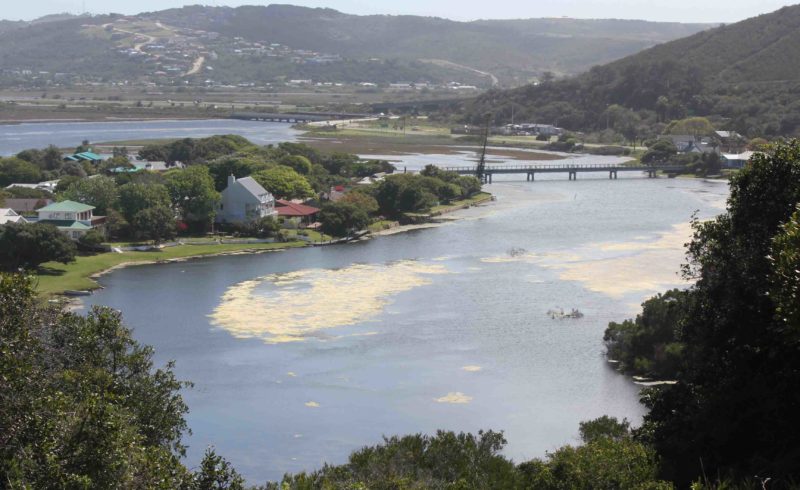 “Given the sad state of many of the watercourses in the Southern Cape, landowners with tributaries clogged by invasive alien plants such as wattles, bugweed and blue gums, can no longer simply ignore the issue,” says Cobus Meiring of the Southern Cape Landowners Initiative (SCLI).

“Over the years, areas bordering rivers such as the Great Brak, Kaaimans, Touw, Goukamma and Knysna rivers have become heavily infested with invasive alien plants, impacting profoundly on the ecological health of these rivers and the rich biodiversity they must support. Southern Cape river systems, with their origins in the Outeniqua Mountain range, which is one of a handful of national strategic water source areas, forms a critical link with the Indian Ocean, and the protection of their ecological integrity is significant.”

What remains of biodiversity in the Western Cape, outside of formal conservation areas, are increasingly and constantly under threat from various factors, including over-extraction of freshwater, destruction of watercourses, severe and regular wildfires, climate change and changing rainfall patterns, persistent drought, invasive alien plants, development and agriculture.

According to Meiring, almost all private land bordering river systems in the Southern Cape are in some degree affected by invasive alien plants. Landowners often do not realise that invasive alien plants growing on their land may be insignificant to them, but on the broader scale, these plants contribute accumulatively to reducing natural habitat which no longer can sustain the very rich biodiversity is supposed to.”

Meiring encourages landowners whose properties are badly affected by invasive alien plants to invest in drawing up Invasive Alien Plant Control Plans to plan and budget for invasive alien plant clearing operations, and to keep track of the progress made.

Control plans are important and valuable land management tools for landowners, as it put monetary figures to the control and eradication of invasive plants, thereby allowing cost-sensitive landowners to budget for a sustainable and long-term approach to invasive alien plant (IAP) management.

Landowners with significant problems may call in the services of environmental practitioners to assist in drawing up a comprehensive plan and to also provide assistance in clearing and follow-up operations.

“In an effort to assist private landowners to address invasive alien plants on their land, SCLI with the support from the Table Mountain Fund (TMF), a subsidiary of WWF SA, has developed the Cape Floristic Corridor Revival Programme, and in the process endeavoured to develop a larger in scale conservation footprint and healthier catchments and river systems. SCLI assisted about 75 landowners in five rivers systems in the Southern Cape who indicated a willingness to participate in the programme. High-level Invasive Alien Plant Control Plans were developed for their properties and they are clearing their land from invasives according to these plans.

Picture: Great Brak River: Landowners and land managers in the Southern Cape are encouraged to draw up invasive alien plant control plans for their properties to promote the ecological health of rivers and the rich biodiversity they must support.