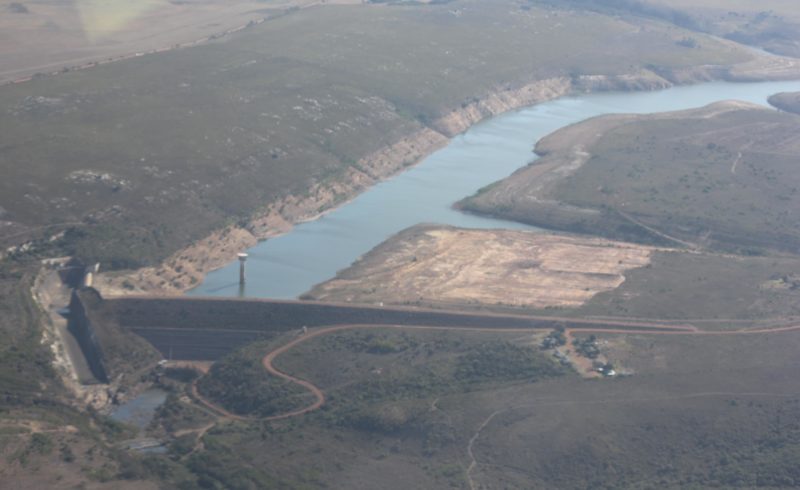 “Any which way we look at the scenario, water, or rather the lack thereof, is the biggest threat to South Africa’s present and future well-being, and that threat is in many ways dependent on the way in which we manage and conserve the environment, how we plan to cope with climate change and changing rainfall patterns.” – Cobus Meiring, chairperson of the Garden Route Environmental Forum (GREF).

“The recent severe wildfire disaster that caused incalculable damage to Cape Town’s Rhodes Memorial, the historical Mostert’s Mill and the University of Cape Town and surrounding properties could hardly be ascribed to climate change as the cause thereof was clearly due to human negligence, deliberate or not. It must be said, however, the ferocity of the fire was exponentially increased by the presence of invasive alien mature pine trees that are the remnants of pine forests that historically lined the slopes of Table Mountain,” says Cobus Meiring, chairperson of the Garden Route Environmental Forum (GREF).

“Much work has been done to clear Table Mountain and surrounds of invasive alien plants in the past two decades through, amongst others, SANParks, the City of Cape Town, Working for Water, private conservancies and private landowners, but the presence of the fast-growing invasive alien plants continue to be a problem and the costs associated with controlling and clearing them remain a concern, especially in the light of literally hundreds of veld fires annually, mostly the result of negligence or arson.”

Meiring continues to say: “Where the effect of climate change is, however, getting clearer, is the fact that the Western Cape is becoming hotter and dryer and getting more prone to intense and regular wildfire disasters. The effects of these wildfire disasters have an increasingly complex impact on the under-threat environment and communities that literally often lose everything they have, leaving behind a damaged landscape where biodiversity is already under pressure from urbanization, development and ever-expanding agriculture required to feed a rapidly growing population.”

“On the flip side of the climate coin – severe winter storms recently hit parts of the Southern Cape, bringing much relief in areas such as Ladismith, Calitzdorp and Van Wyksdorp, where drought has become the norm and agriculture, as the sole economic driver in the region, has been in steady decline for years.”

“More than a decade ago, researchers predicted that rainfall patterns in the Southern Cape will change from the usually predictably constant soft drenching rain in winter, to becoming erratic and episodic, which serves to damage riverbeds and infrastructure through flooding, and more often than not flow away without allowing water to soak into the earth and replenish underground reserves.”

“More serious than replicating what happened in the drought in the Western Cape in 2017, the Eastern Cape is edging towards the proverbial Day Zero scenario with all its major supply dams empty, and the prized agricultural sector and desperate communities running out of options.”

“As the Nelson Mandela Bay Metro runs out of water, the nexus between climate change, disaster management and environmental and human well-being is glaringly obvious,” says Meiring.

“Any which way we look at the scenario, water, or rather the lack thereof, is the biggest threat to South Africa’s present and future well-being, and that threat is in many ways dependent on the way in which we manage and conserve the environment, how we plan to cope with climate change and changing rainfall patterns.”

“Moving to the South African interior, the disaster that is the Vaal River system, is entirely the result of negligent municipalities, leaving communities to live with heavily polluted water and raw sewage on their doorsteps. At the same time, the lack of environmental law enforcement has seen the destruction of most of the country’s precious wetlands, many of them on the Highveld where they were destroyed for the purpose of mining coal, which no doubt is the biggest contributor to climate change worldwide.”

According to Meiring almost all South Africa’s mountain catchments, seeplines, streams and river systems are overgrown with invasive alien plants and trees draining away enormous amounts of fresh water and destroying what is left of indigenous biodiversity.

“Fortunately, nature is extremely forgiving and quick to respond to positive interventions, and many of these negative impacts can be reversed through rewilding and environmental restoration efforts such as wetlands.”

“Initiatives such as the Critical Rivers Initiative in the Southern Cape, aimed at improving river ecology and establishing conservation and biodiversity migration corridors along river systems, are examples of how specific environments can be restored and in the process be better equipped to deal with a change in the weather.”

Meiring concludes: “Given the state of the environment globally, climate change appears to be irreversible, but there are a great many things that can be better managed locally in order to mitigate the effects thereof.  If we are to survive and adapt to a new normal in South Africa, we must strive to create a higher-quality environment. Therefore, urgent implementation of solutions to reach that objective is vital.”

The Garden Route Environmental Forum (GREF) is a regional forum and public platform for collaboration in conservation, environmental adaptation and community interaction.  It is a think tank for national, regional and local government, conservation bodies, academics, the media, landowners and land managers, active in the full spectrum of environmental matters in the region. 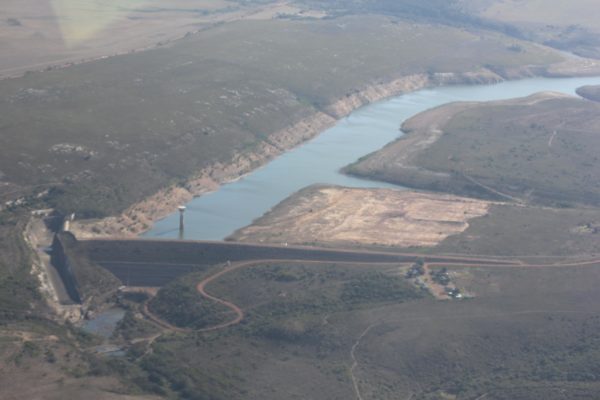 The Eastern Cape’s Impofu Dam, one of the main storage dams supplying the Nelson Mandela Bay Metro and surrounds with fresh water, is currently below 5% full.