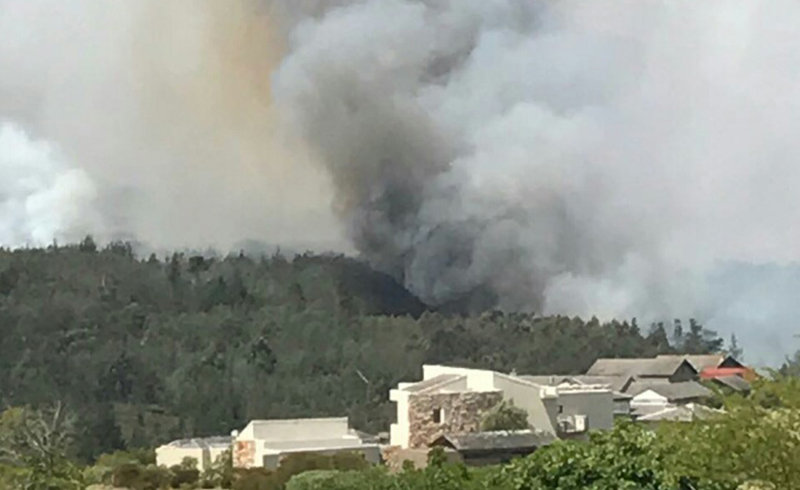 “With severe damage to landowners in Wilderness still fresh in memory, a recent spate of fires raging past Oubaai, and a number of other areas on the outskirts of George, again focused attention on just how vulnerable the Southern Cape is to the dangers posed by wild fire”, says Cobus Meiring of the Southern Cape Landowners Initiative (SCLI).

It is well established that more than 90 percent of all wild fires, are started up either by negligent or deliberate humans. Over the next few hot summer months, conditions for run- away wild fires prevails and can be exacerbated by the lack of rain and wet conditions, as well as the occurrence of strong wind.

Although there is seemingly little that can be done to deter arsonists from their destructive ways, landowners who have large areas of their land covered by invasive aliens (especially Wattle, Port Jackson and pines) will do well to, over time, reduce the levels of biomass on their land.

Also, by joining the local Fire Protection Association (the Southern Cape FPA), and by ensuring that fire breaks are in place and well maintained, they can save themselves, and their adjacent landowners, from potentially severe damage when wild fires rage out of control.

Absentee landowners, who normally flock to the Southern Cape for the festive season, should, whilst they are visiting their properties, make an assessment of the invasive alien plant threat on their land, and make arrangements to clear the land during or after the holiday season.