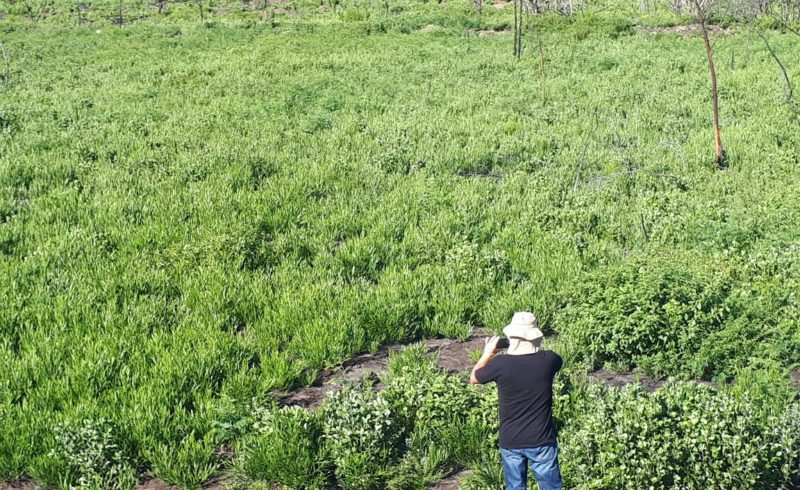 Landowners in the Garden Route, as well as the environment they live in, has over the past three years suffered tremendously as a result of a series of severe wildfire disasters which basically burnt well over 200 000 hectares to a tinder.

In a joint effort to assist landowners, the Garden Route Environmental Forum (GREF) the Garden Route District Municipality (GRDM) and SCLI Environmental launched an extensive landowner assistance programme aimed at assisting landowners in gathering spatial data on the extent of regrowth of invasive alien plants (IAPs) on their land, and provide technical and herbicide assistance to landowners indicating a willingness to eradicate and control invasive alien plants on their land. SCLI is the implementing agent for the programme.

According to Cobus Meiring, manager of the GREF Secretariat, and chairperson of SCLI, further objectives of the programme include generating opportunities for regional invasive alien plant control and clearing contractor teams, and empowering landowners in complying with the Department of Environmental Affairs’ (DEA) regulations pertaining to the management of IAPs on private land.

In many parts of the western and northern parts of the Garden Route, the crippling drought compounded the effects of the wildfire disasters. In places south of Riversdale, which burnt back in early 2017, the environment only now starts showing signs of vegetation cover. 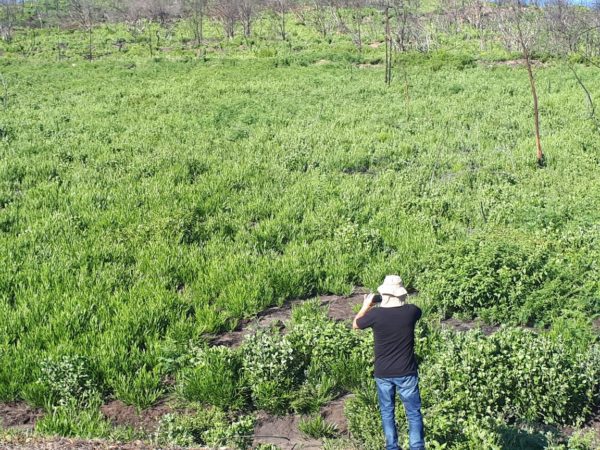 “As if that is not enough, the vegetation type that makes its appearance first is of the wrong kind, and more often than not consists of dense stands of invasive alien plants, including (and there are many more) Rooikrans, Black Wattle, Blackwood, Long-leaved Wattle, pines of all shape and size, Stink Bean, Sesbania, Bluegum and a host of less known varieties such as Pampas Grass and Madeira Vine,” says Meiring.

Following the out-of-control wildfires, authorities are clamping down on landowners allowing their land to become overrun by invasive alien trees and biomass which, if not better managed and controlled, will set the scene for a repeat of the intense 2017 fires.

“However, landowners are in a difficult situation as combating invasive alien plants can be a costly exercise, with relentless and fast regrowth patterns, requiring never-ending commitment and resources from landowners. More often than not, land affected by IAPs are on parcels of land that are not viable from a farming perspective, clustered in areas that are difficult to access on either steep slopes or nestled in deep ravines,” explains Meiring.

“As a first step to better land management and compliance with environmental legislation, governmental officials insist that landowners develop Invasive Alien Plant Control Plans. Complicating matters even further, is that all landowners and estate agents have to make mention of the extent of IAPs on a saleable land as an addendum to a sales agreement.”

GREF will assist participating and qualifying landowners with the compilation of standardised Invasive Alien Plant (IAP) Control Plans, and where applicable, issue herbicide volumes in accordance.

Use of herbicide not ideal, but a crucial tool in managing IAPs on a landscape scale

Landowners in the Garden Route are serious about living in an environment that is as uncontaminated as possible, and many are against the use of herbicides.

Meiring says the safe use and application of herbicide is imperative to the roll-out of the landowner assistance programme, and participating landowners will be expected to abide by health and safety regulations, and apply herbicide strictly as prescribed by the labels, depending on which type is best suited for the plants they have to treat.

Landowners interested in participating in and registering for the landowner assistance programme can write to cobus@naturalbridge.co.za. 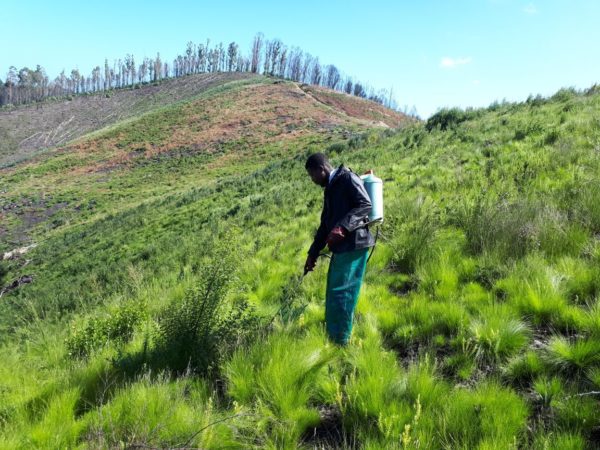 The use of herbicide is not ideal, but a crucial tool in managing invasive alien plants on a landscape scale. If not better managed and controlled, landscapes that become overrun by invasive alien trees and biomass can set the scene for a repeat of the intense 2017 wildfires in the Southern Cape.