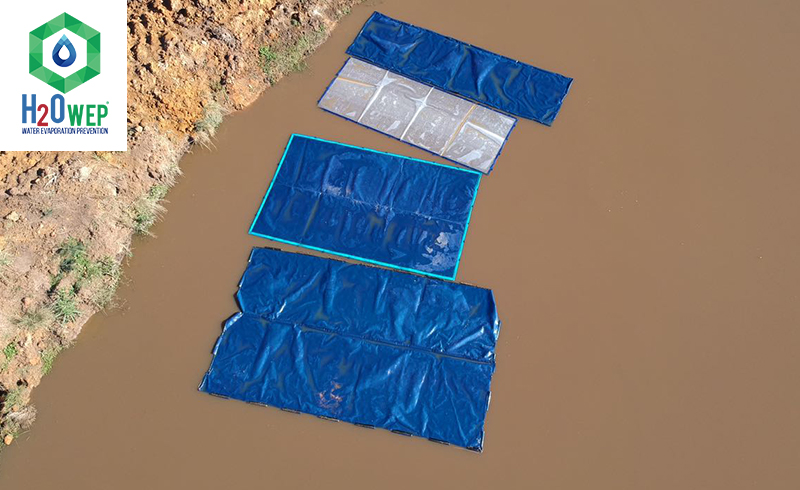 Watering 15 horses daily with municipal water can be expensive, says JJ Moorcroft from Moorcroft farms at Geelhoutboom.
The fact that George, as is most of the Southern Cape, is subject to water restrictions, does not make matters easier.
Not having a bore hole, nor access to an irrigation scheme, often make farmers dependent on municipal water, or what water they can store in their dams, filled with run-off water.

Preventing water from evaporating can only be done by covering the surfaces of dams, storing water in tanks or, better still, store the water underground.

Covering the surface of a dam is almost impossible, given the average size of a storage dam, and more importantly, the lack of suitable material which can withstand the elements.

Open water testing (by the Southern Cape Landowners Initiative (SCLI)), of water evaporation prevention (WEP) systems, currently under way in Geelhoutboom (George), proves that dam surfaces can be covered successfully, even if it still is a relatively expensive exercise.

Given the input costs in farming, having to incur further costs inn covering dam surfaces might still be out of reach for commercial farmers. However, parts in South Africa are fast reaching a point where farmers will have little choice but to cover up what they have, or scale down on expansion.

Pic caption: covering the surface of a dam to reduce evaporation may be an answer to continued water shortages on farms