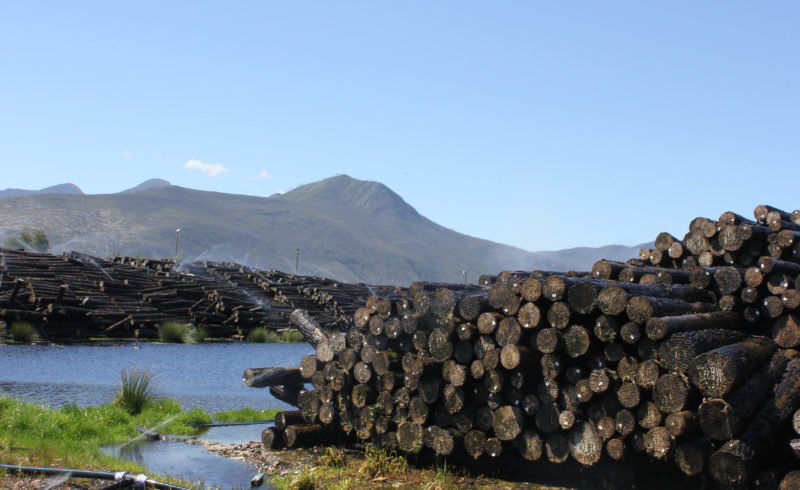 “The impact of the 2017 Knysna wildfire disaster was another blow to the fragile economy of the Garden Route in general and Knysna in particular, and the number of businesses that were destroyed and never to be re-opened, along with the jobs they sustained, is hard even to monetarily quantify, as is the number of businesses now permanently lost due to COVID-19.”

“It would be interesting to see what the current unemployment figures in the Garden Route is, following the impact of COVID-19 and the series of lockdowns,” says Cobus Meiring of the Southern Cape Landowners Initiative.

In a recent report released by the eThekwini Municipality (Durban), the city’s official quarterly statistics indicated that, following the impact of Covid-19 and the series of lockdowns, unemployment has increased to 22% with more than one million people now looking for work.

“By comparison, the Garden Route economy and demography is another world compared to what is happening in KwaZulu-Natal (KZN), but the region faces its own challenges, albeit much smaller in scale, and it is important to take note of thereof.”

“The economic downturn of the Garden Route started with the world economic meltdown towards 2008 and 2009, and followed general trends in RSA ever since.”

According to the latest available demographic profile of the Labour Market in the Garden Route District the official unemployment rate is 28,9% (2019).

“The fact that the Garden Route does not have a powerhouse economy makes it extremely reliant on tourism and agriculture. Not so long ago, the commercial and state forestry industry made a vast difference to the Garden Route bottom line and provided work to hundreds if not thousands of people along the entire forestry value chain. However, the national government, under the guidance of the now Department of Forestry, Fisheries and the Environment (DEFF), lost the political will and interest in the welfare of the Southern Cape as far as promoting a vibrant forestry industry is concerned and today the regional industry based on state land has all but disappeared, and is extremely unlikely to ever be revived,” says Meiring.

The impact of the 2017 Knysna wildfire disaster was another blow to the fragile economy of the Garden Route in general and Knysna in particular, and the number of businesses that were destroyed and never to be re-opened, along with the jobs they sustained, is hard even to monetarily quantify, as is the number of businesses now permanently lost due to COVID-19.”

“As a mere example of the current state of affairs in the region, the Southern Cape Landowners Initiative used to have an active database of twenty-five trained teams specialising in invasive alien plant eradication and control, and since the seizing of further commercial forestry on state land during the past few years, this number has now grown to close to one hundred. Although landowners still make use of contractors in clearing their land where they experience problems along rivers and on the landscape, the projects are small and not sustainable for invasive alien plant contractors.

“For the Garden Route and its tourism value chain, missing out on an entire summer season, on the back of dramatic 2020 losses as a result of the first lockdown, and almost no prospect on international tourism for the foreseeable future, the prospects are not favourable.”

“These are extremely hard times, and those living in the Garden Route will have to be resilient, support local businesses, create work in the environmental sector where there remains much to be done on private land in order to conserve our biodiversity, lean on government to lift debilitating restrictions on trade and industry, and in doing so make a difference and make the Garden Route great again in what no doubt is the most trying of times globally.”

Photo: The demise of commercial forestry in the Garden Route contributed exponentially to the series of disasters hitting the Garden Route economy over the past decade. (Photo: Cobus Meiring, SCLI)