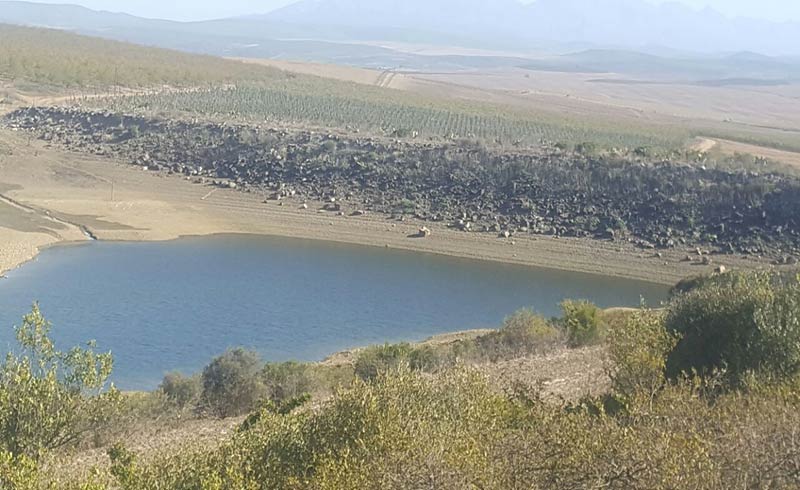 The serious drought in the Western Cape caused authorities and researchers to re-look at long term strategic options.

Asks Cobus Meiring of the Southern Cape Landowners Initiative (SCLI), “even if we receive substantial winter rains over the next few months, and our dams fill up to near capacity, how will we be able to protect the resource from simply evaporating before the summer arrives, and rain disappears?”

At the moment the most viable (and immediate) options to augment dwindling water supplies include recycling of sewage water, drilling of bore holes and making use of desalination plants.

Natural infrastructure systems, such as rivers and streams that feed Western Cape dams, are often in a state of neglect, as they are overgrown with invasive alien plants. Clearing these systems is a costly business, and keeping them cleared from re-growth requires a lifelong commitment from land owners and land managers.

In the bigger scheme of things, options such as basin transfers and the heightening of dam walls are in various stages of planning.

The projected influx of some 2, 5 million people into the footprint of the Cape Metro, within the next ten years, makes the prospect of supplying sufficient water a challenging prospect.

Given the known rates of evaporation (upwards of 2000 mm per annum), preventing precious fresh water from evaporating must surely be a consideration.

The cost of water to consumers will no doubt increase over time. The current drought however highlights the fact that without this precious resource, even at a higher cost, entire metropolitan areas are at great risk.

Implementing disaster management measures, such as sinking of emergency bore holes, and trucking in water, is a worst case scenario. Cities that have to ramp up their economies to sustain the population will find water scarcity a blow to future investment confidence. Given the broader context, as well as the effects of climate change and the predicted influx of new citizens, the cost to ensure water security becomes irrelevant.

Suppressing evaporation from fresh water systems adds up to trillion of litres of water. But, more importantly, preventing water from evaporating prevents severe fluctuation in levels on fresh water dams.