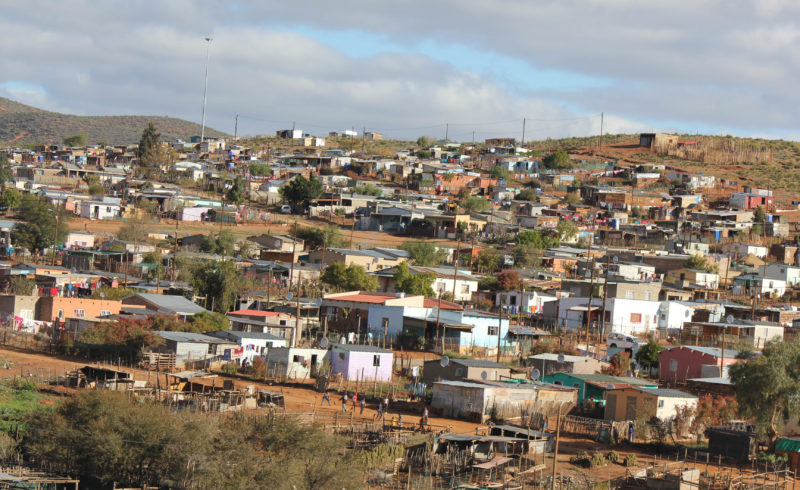 “The very real threat of the renewed lockdown and travel restrictions with the emergence of the COVID-19 Omicron variant in South Africa over December 2021 did not materialise. With golden beaches, lakes and rivers open for use after closure in the summer of 2020, tourists flocked to the Garden Route in their thousands,” says Cobus Meiring, convener of the Garden Route Environmental Forum (GREF).

Just prior to the festive season, heavy rains and fairly severe floods did do their usual damage to infrastructure in and around George, with some roads and related infrastructure damage still in need of repair.

“Natural infrastructure, such as mountain catchments and rivers, was also not spared. There are visible fresh scars on feeder streams on the George (Outeniqua) mountainside and damage to certain river channels was also reported. There were also reports about dam walls on farmland that collapsed causing even more downstream havoc,” says Meiring.

“Heavy rainfall and subsequent floods are perfectly normal occurrences and the Garden Route, most certainly, is no stranger to them. However, we can expect and prepare for a lot more in coming years. Predictions regarding changes in South African rainfall patterns brought about by a changing climate indicate that the Garden Route will increasingly be subjected to episodic rainfall events and less of the soft but persistent rainfall the region has been accustomed to.”

“Severe weather patterns affecting the Garden Route are nothing new, but as the most recent rainstorms and flooding causing havoc in the town of George and surrounds are testimony of, their impact can be severe and seem to be on the increase with the passing of time enhanced by the advent of the unpredictable impact of a changing climate and resultant changes in rainfall patterns.”

Says Meiring: “The way in which urban and semi-urban areas contend and cope with severe downpours of rainstorms differs completely from how nature would be able to do so if left undisturbed and in a natural state.”

“The energy from flooding and fast-flowing water following hard and sustained downpours in an urban context is multiplied exponentially by a lack of indigenous vegetation on the landscape, degraded and denuded riverbanks and systems as flooding water gains momentum and volume when it flows over hardened (paved/ tarred) surfaces, stormwater channels and eventually river systems.”

“In a natural environment, flooding occurs as a natural phenomenon and is a part of a healthy system, but the severity thereof is curtailed by natural barriers such as vegetation on the landscape, wetland systems that slow flooding waters down considerably and trapping sediment, plants such as Palmiet and reeds.”

The Southern Cape is falling victim to its own scenic beauty, perceived political stability and capable governance and is fast becoming a top destination for many living in the South African interior.

According to Meiring, the significant influx of people poses a huge challenge in many respects, both from an environmental management and a local government perspective. As a mere example, it is reported that as many as two thousand new housing units will be built over the next three years alone between George and Mossel Bay, and that excludes informal and undocumented urban sprawl.

“Not only are the Garden Route towns not designed to accommodate unlimited expansion, but the regional environment suffers permanent and irreversible damage as biodiversity cannot survive a fast-shrinking natural habitat which inevitably has to make way for ever-increasing developments and urban sprawl,” says Meiring.

“Perhaps more importantly, the Garden Route has limited resources – the supply of fresh water and the availability of land suitable for development are but two limitations.”

“For the Garden Route to maintain at least a semblance of a viable environment, and without losing its sense of place, much more attention must be given to planning for the future. Interaction between those responsible for local government and those managing the environment is vital,” concludes Meiring.

Sprawling new developments have a permanent impact on the survival of biodiversity in the Garden Route. (Photo: SCLI)

The Garden Route Environmental Forum (GREF) is a regional forum and public platform for collaboration in conservation, environmental adaptation and community interaction. It is a think tank for national, regional and local government, conservation bodies, academics, the media, landowners and land managers, active in the full spectrum of environmental matters in the region