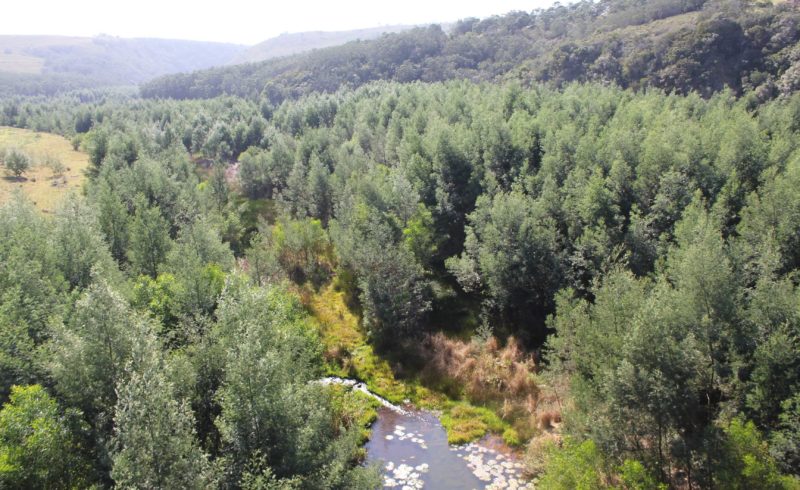 The ecological integrity of the once-mighty Krom River is in serious peril, says Cobus Meiring of the Southern Cape Landowners Initiative (SCLI).

“Threats to the Krom River include the over-extraction of water, still more freshwater wetland systems not functioning optimally or being destroyed as a result of huge head-cuts erosion – often triggered by mechanical river channelisation by landowners – exposing precious soils and peat to bedrock, and perhaps most significant, severe infestations of invasive alien plants covering the entire riverbed and valley.”

“Winding its way through the fertile alluvial soils of the Langkloof valley, and with its origins in the upper catchment of the north-facing slopes of Tsitsikamma and south-facing slopes of the Suurberg and Anysberg mountain ranges, the Krom River is the lifeline for a vast agricultural sector and a source of fresh water for thousands of Eastern Cape residents,” explains Meiring.

Over and above these significant functions, the Krom River has a large and extremely important estuary at its mouth at St Francis Bay, which is a breeding ground and nursery for many fish species and aquatic life feeding into the Indian Ocean.

Since the 1990s, the Department of Environment, Forestry and Fisheries (DEFF), has spent significant amounts of funding and resources to clear invasive alien plants and to re-establish damaged wetland systems in the Krom River. The work, implemented by the Gamtoos Irrigation Board, was primarily executed to prevent the river from total degradation and to reduce devastating occasional flooding and increase runoff. These interventions were made in order for the river to retain its natural functionality and to enable it to protect its ground and surface water retention and release faculties.

Twenty years later, these hard interventions in the degraded palmiet wetlands, in the form of gabion and concrete structures, are clearly doing their job and made a vast improvement in re-establishing vital wetland systems.

According to Meiring, the clearing of wattle trees in the upper reaches and tributaries of the Krom River was very successful. The clearing efforts made a huge difference in the amount of runoff water becoming available, preventing the river from running completely dry and enabling it to provide crucial run-off to downstream water users, and feeding the estuary.

“However, the Krom River is a long way from being a healthy river system,” says Meiring.

The over-extraction of water, freshwater wetland systems not functioning optimally, erosion and invasive alien plants remain a threat to the river.

Says Meiring, “the preservation of natural infrastructure systems, such as wetlands, rivers, water catchments and even sand dunes, is increasingly being recognised for their value. As climate change becomes a reality bringing more relentless and frequent drought and fire, the well-being of river systems, such as the Krom, is becoming crucial.”

As a pilot project to assist landowners in five Southern Cape river systems in dealing with the control of invasive alien plants and compliance with environmental legislation, for the sake of biodiversity conservation corridors, SCLI developed close to one hundred invasive alien control plans for participating landowners.

“Managing and eradicating invasive alien plants can be extremely costly to landowners, but at the same time, it is crucial to water and food security, and the well-being of Eastern Cape communities. Addressing the problem pragmatically through a control plan is not only essential to law enforcement entities but vital to those dependent on functional water sources,” concludes Meiring. 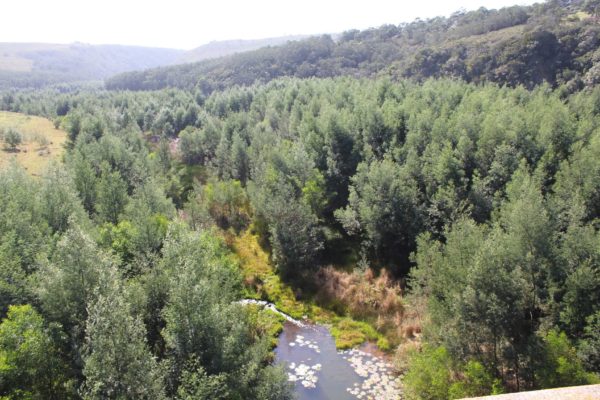 The ecological integrity of the Krom River is severely impacted upon by invasive alien plants and those dependent on the fresh water supplied by the river are sure to feel the downstream impact. (Photo: Cobus Meiring)