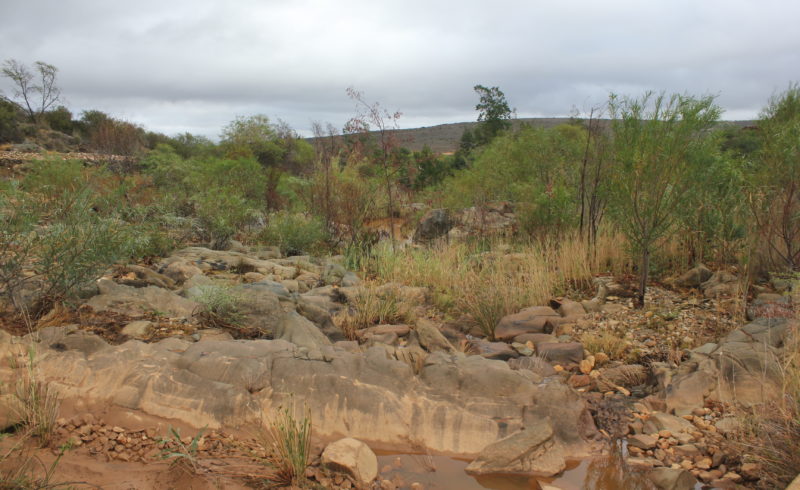 “Drilling into a vast and ancient aquifer beneath the Outeniqua Mountains in order to access precious fresh water is an absolute last resort for the drought-stricken residents of the Klein Karoo,” says Cobus Meiring of the Southern Cape Landowners Initiative (SCLI).

It was recently announced by the Western Cape Government that boreholes, situated in the countryside near Oudtshoorn, will start delivering water to the town and surrounding areas during the course of 2019. The source of water is a massive underground aquifer, untapped up until now mostly for its great depth below the earth’s surface, but also because of fears of water contamination and loss of balance of pressure keeping geology in place, leading to sinkholes and unforeseen consequences.

“The way the water will reach storage facilities in Oudtshoorn will imply for the pumped water to flow on the surface of the Klip River down to a weir near the confluence of the Olifants River, from where it will be piped upstream along the Olifants River to town”.

The only problem being that the Klip River, as are many rivers in the Southern Cape, is badly overgrown with invasive alien black wattle trees, which no doubt will have to be cleared prior to using the river system as a conduit. Failing to clear the river of invasive species, and keeping it clear from notorious regrowth, will lead to an immense loss of the precious fresh water earmarked for downstream consumption.

“Invasive alien plants along river systems have over the years lead to a massive accumulative loss of fresh water supplies in RSA. The Klip River, as a mere example, is dry not only as a result of the drought but also because of invasive alien trees sucking it dry before the water can even reach the downstream Olifants River, which eventually impacts upon the almost permanently dry Gourits River and estuary.”

“With the initiative, dubbed the Cape Floristic Corridor Revival, an all-out effort will be made to help landowners to draw up management plans to control invasive alien plants along our waterways,” concluded Meiring.