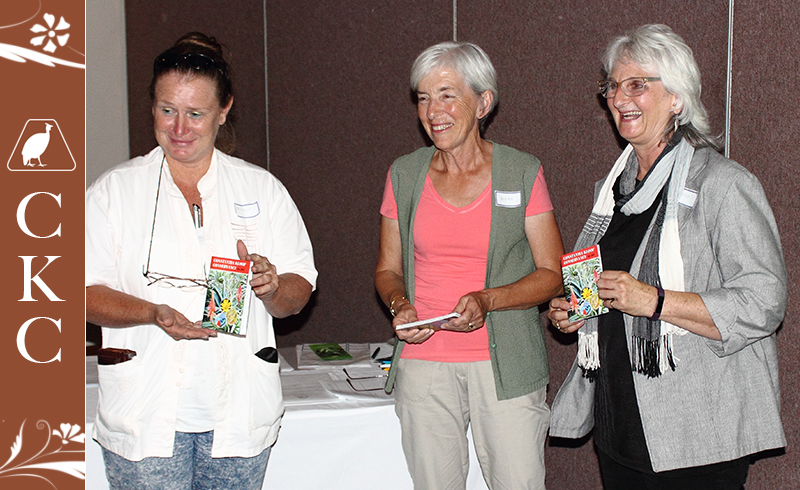 A beautiful booklet filled with colour photographs and details of the indigenous fauna and flora identified in the Constantia Kloof Conservancy (CKC) area north of Wilderness, was launched last week.

The launch, celebrating the CKC’s tenth anniversary, was held on Tuesday 21 February at the Wilderness Hotel during the organisation’s annual general meeting.

The booklet was meticulously compiled by Marie Callanan, CKC Chairperson and John Callanan who live in the Conservancy area, to remind everyone that this unique biome needs to be conserved for the generations to come.

Local photographers and enthusiastic Kloof residents all contributed research details and photos. During the meeting, Priscilla Burgoyne, curator of the herbarium of the Garden Route Botanical Garden, was thanked for her assistance with the identification of some of the flowers. 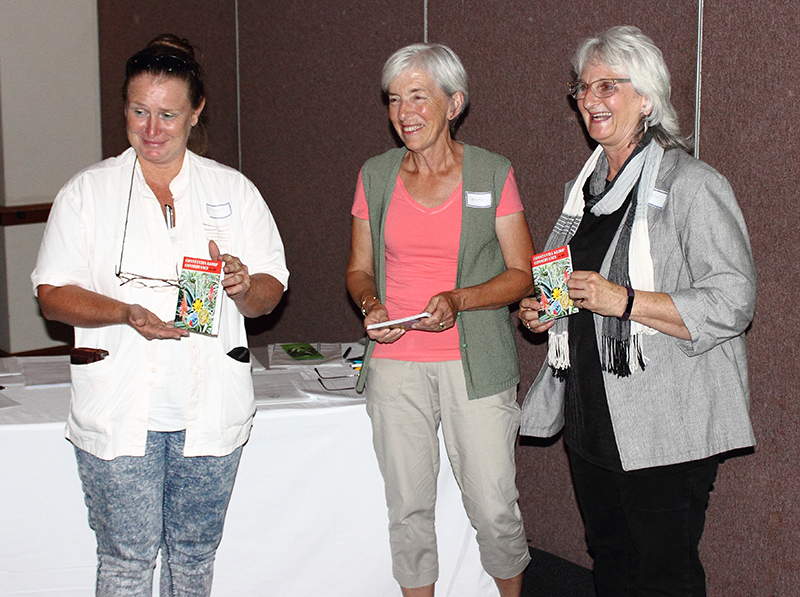 PRISCILLA BURGOYNE, HERBARIUM CURATOR OF THE GARDEN ROUTE BOTANICAL GARDEN, MARIE CALLANAN, CKC CHAIRPERSON AND NADIA WILKENS OF GRAPHIC FUSION, WHO DID THE GRAPHIC DESIGN OF THE BOOKLET.

John Callanan said the CKC want to educate residents about the uniqueness of indigenous vegetation found in this area. “The Western Cape is one of 36 Biodiversity hotspots listed in the world.”

The importance of conserving this area became apparent when he pointed out that a hotspot is an area with more than 1500 endemic plant species that has lost more than 70% of its original habitat.