Home » News » Climate change or not – we are all affected 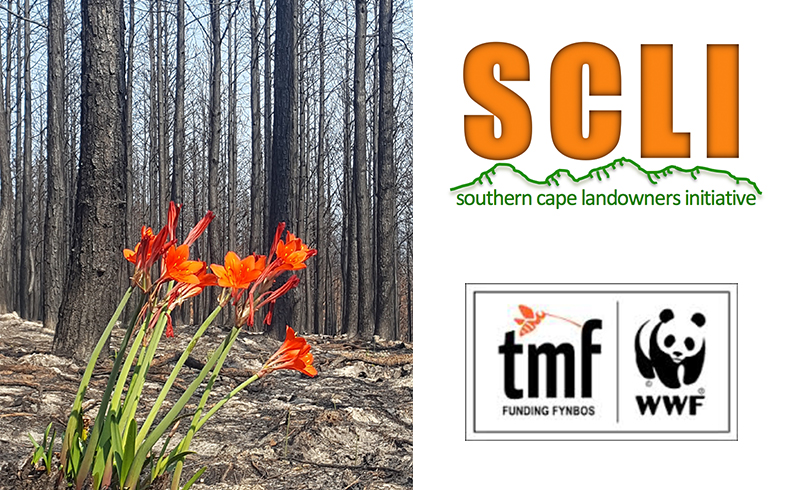 “Whether you agree with the causes and effects of climate change or not – we are all affected by natural events of recent times”, says Cobus Meiring of the Southern Cape Landowners Initiative (SCLI).

The severe and prevailing drought in the Western Cape and literally hundreds of fires across the Province, including the very significant Knysna/Plettenberg Bay fire disaster, are causes for economic and social concern.

How does this trickle-down impact affect us? Nobody can disagree that it does cause us long-term stress, and, in the Knysna example, extreme trauma. Let’s not forget that only a year ago Gauteng and several other provinces also experienced severe drought.

The whole of the Western Cape has been, going on two years now, been in the grip of a prolonged drought, which already affects everyone in one way or the other. The situation is about to become worse, as the rainy season comes to a close, with a long hot summer in the wings.

Communities can rightly ask the question – will there ever again be enough fresh water available?

Severe water restrictions that are now constantly in place are very unlikely to be lifted, even if favourable rains should fall.

NMMU seminar on the Knysna fires proves a point

Presentations at the recently held NMMU seminar on the Knysna fires proves a point, in the sense that it highlighted that we are already experiencing the effects of climate change.

Other detectable changes, which are synonymous with climate change, include episodic rainstorms, (instead of drenching soft rain over several days), aggressive alien invasive plant spread, and a reduction in biodiversity. Less obvious or detectable, but nonetheless important examples, such as stress on bee colonies and changes in biodiversity, are all signs of the changing climate.

Perhaps not related, but random events such as avian flu, causing havoc on an already shrinking economy, all adds up to a less than favourable situation, which indicates that the well-being of the region/country is closely related to a sound natural environment.

How can landowners make a difference?

Landowners and land managers in the Western Cape can all do their bit by taking better care of their land.

These are all achievable long-term objectives, and the time to start implementing them is yesterday.

Caption: (Pic of flower in plantation): The devastating Knysna fires showed us that it is in our interest to manage our natural resources better.