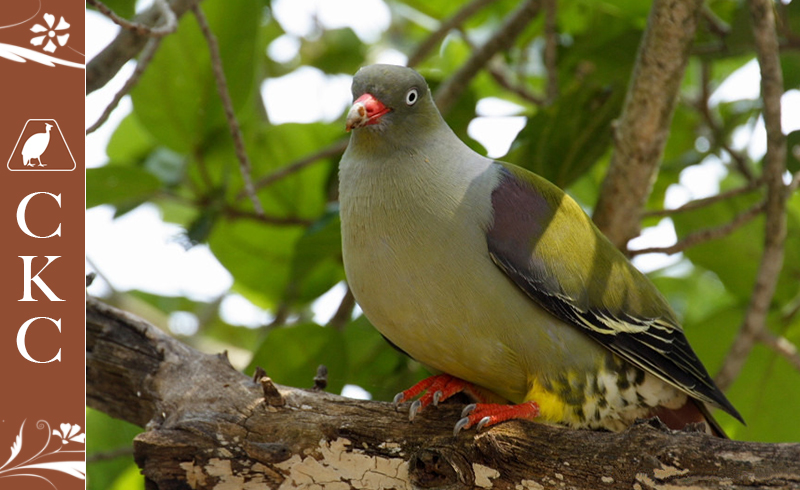 As a Conservancy we would like to pay tribute to Dorothy Mowlam 31-08-1948 to 05-06-2017.
A founder member of the Constantia Kloof Conservancy (CKC) with her husband Willy, Dorothy displayed a great love for nature and an ardent desire to rid the Conservancy of invasive alien vegetation. Their 2 adjoining properties overlooked the kloof and they welcomed the local fauna that passed through their garden, even the puff adders, counting it a great privilege to live in such an area.

For many years Dorothy battled a progressively debilitating illness and underwent a number of surgical interventions in order to give her some relief. In spite of the limitations her illness imposed on her, she was always cheerful, seldom complained and was a great example of stoicism as she carried on living life to the fullest. She was an enthusiastic supporter of the CKC and both she and Willy were for many years, staunch members of our hacking group. She was elected to the CKC Committee in 2012, serving as Treasurer from 2014 until 2015 when her deteriorating health forced her to hand over to her husband.

In 2016 Willy and Dorothy reluctantly relocated from Wilderness to George, a move necessitated by her medical condition.
Dorothy will long be remembered as a very talented woman who could turn her hand to almost anything and who was only too happy to share her knowledge and expertise with one. She was a very practical, perceptive, incisive and down to earth individual who was not afraid to call a spade a spade.

She will be sorely missed.

Our condolences to Willy, their son Mark and daughter Melanie. 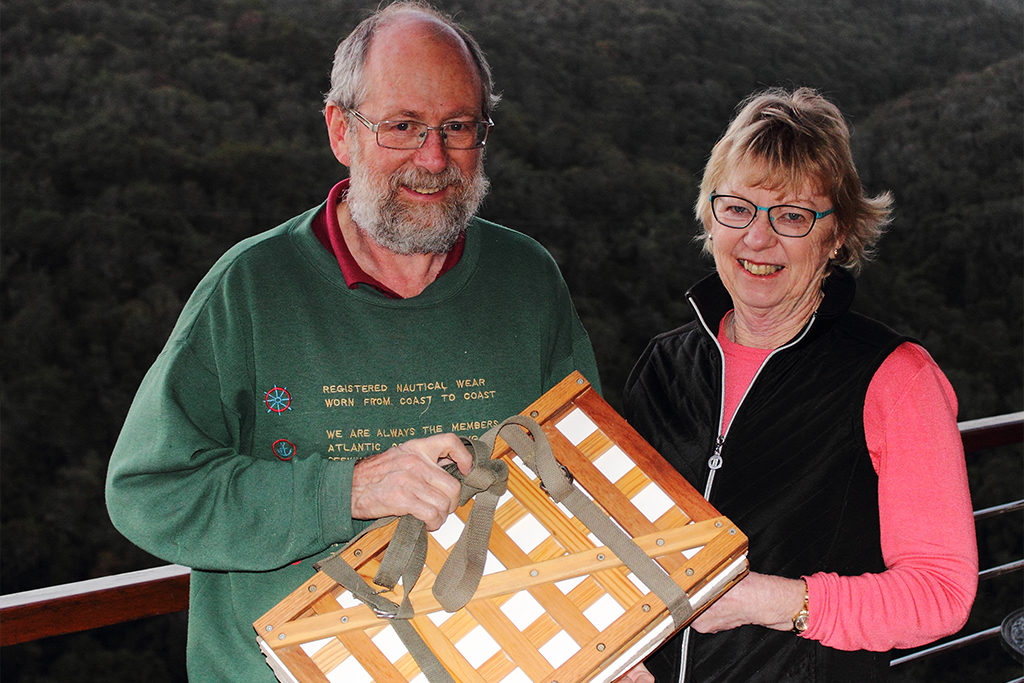 The CKC Anniversary Booklet that was published earlier this year created quite a bit of interest amongst Conservancies and other organisations in the Garden Route area. One person who thinks this will help her work is Priscilla Burgoyne, Herbarium Curator of the Garden Route Botanical Gardens (GRBG). She assisted with some of the plant identifications for the booklet and, as a result of chatting with John Callanan, agreed to show him and any other interested persons how to collect, prepare, press and dry botanical specimens. By doing this for CKC there will be a database of CKC plants AND they will be logged in the Herbarium for inclusion in the work Priscilla is doing for the region. It is important to know that no plants may be collected without the relevant permits from Cape Nature or the local municipality, depending on where the specimens are collected. What follows is a brief description of the process.

The field equipment consists of secateurs, plastic bags/containers, basket or small backpack, note pad (and / or plant record sheets), pencil and camera. Also useful is an area map and / or GPS failing which a good knowledge of the area and memory! Back at base, newspaper(s) (an old George Herald or similar is an ideal size), blotting paper, plant record pad or sheets and a plant press. 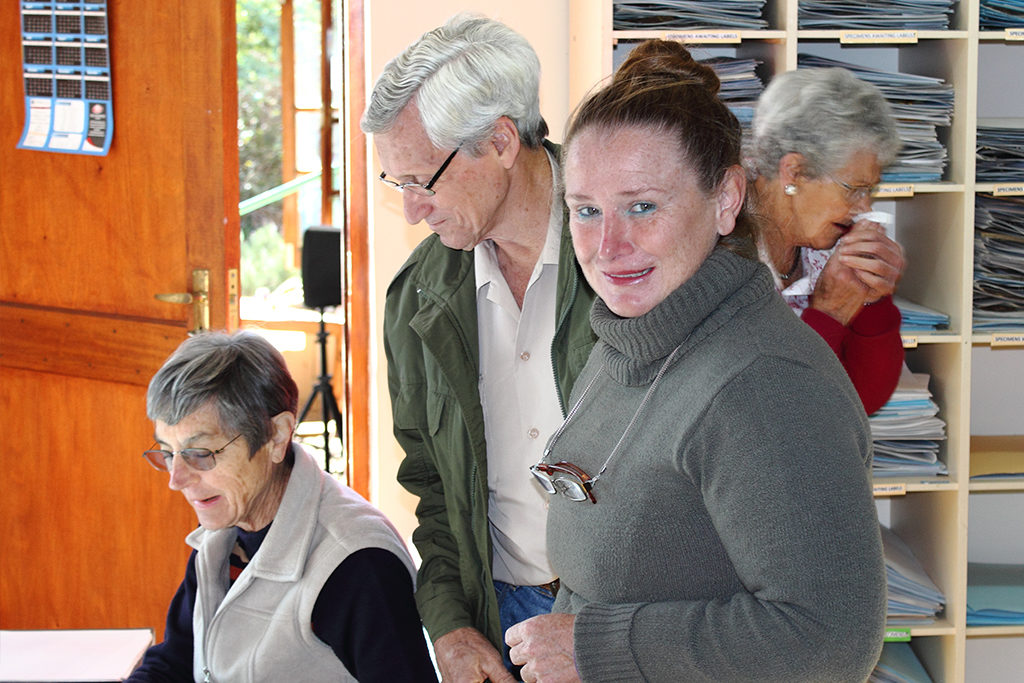 Specimen preparation consists of folding the newspaper to the size of the press, laying out the specimen on the newspaper; writing a serial number on the newspaper that identifies it is a CKC specimen and who the collector is; completing the plant record sheet (which also includes the specimen serial number. This is then placed in the press with a sheet of blotting paper on top; repeat until all specimens are in the press, close the press and clamp it firmly with the ties
At the Herbarium the entire press is placed in a freezer to kill bugs, then removed and allowed to thaw before drying. Final identification is carried out, the record entered into the GRBG database and the specimens mounted for the Collection.
Rumour has it that botanists are amongst some of the longest living and healthiest people around, so this has to be pleasant work and I can vouch for it. It is also a good way to learn more about the plants in your area and what will grow successfully in your garden. 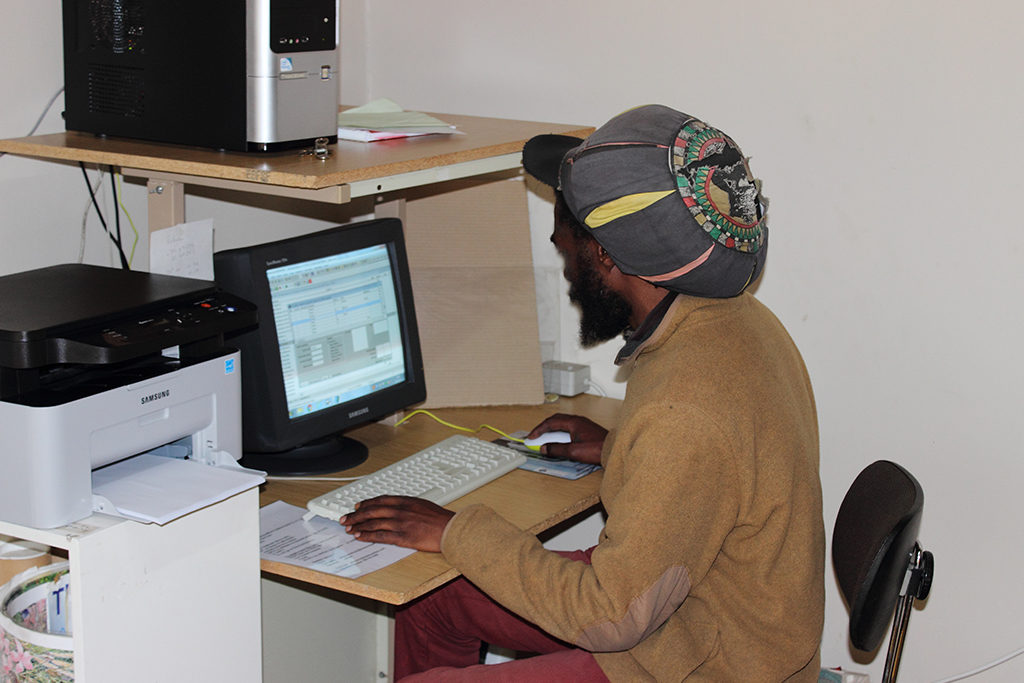 Currently, there are five CKC members on Priscilla’s permit for collecting in the CKC (John & Marie Callanan, Dave & Angie Hill, Yvonne Barnard). If you are interested in joining the team, irrespective of your level of knowledge of our local flora, please contact one of us.

It is envisaged that this project will extend over a couple of years. Hopefully it will prove to be a catalyst for the possible formation of other interest groups amongst our members, i.e. birds, insects, reptiles and mammals etc. Please contact us if you are interested in any of these specific areas and we can hopefully facilitate the formation of specialist groups.

While identifying the trees for an OSCA permit report on a plot above Whites Road, an old Bridle path running along the green belt between Whites Road and Constantia Drive was re-discovered. The committee has decided that once this path is cleaned up it will be a marvelous asset for members as they will be able to take a stroll through the forest thereby avoiding traffic along the busy Constantia Drive. The plan is to label the trees along the route to facilitate identification and to also possibly provide a bench. 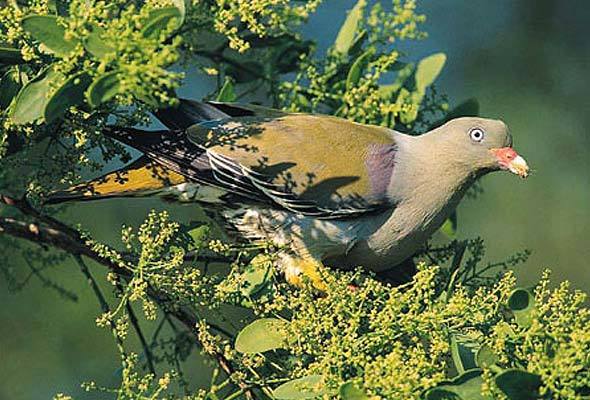 Earlier this year, during March, Hans Bakker spotted some African Green Pigeons in a fruit-bearing tree in front of his home in Constantia Drive. These birds are normally only found further up the east coast, so perhaps this is further evidence of global warming!

The municipality recently cleared road verges at the top of Koobooberry road, but failed to remove the pruned branches, simply dumping them in the bush on the adjacent properties. Ilza Louw spoke to them at the time expressing concern about the fire hazard that this posed. The CKC subsequently wrote to the Municipal Manager about the problem but we have not received a reply as yet. In the meantime one of our members, Mike von der Heyde, who has been cleaning dead fynbos from his own property, having sufficient room left on the truck used to remove the waste, very kindly arranged for the removal of some of the offending branches left by Council as well. Well done Mike, thank you for this act of public spiritedness.

Cape Nature holds an annual forum for all Conservancies located along the Garden Route. The CKC together with the neighbouring Touw River Conservancy will be hosting the event this year on Saturday the 7th October from 09:00 to 13:00. Normally participation is limited to 2 members per organization, but as we are co-hosts this year we are able to extend an invitation to any members who would like to attend. We are hoping to hold the meeting in the Wilderness Hotel. Please RSVP to John Callanan (jjcallanan@telkomsa.net) by the 16th August if you would like to attend as we need to determine numbers for catering purposes.

In the light of the recent fires you should find the following articles of interest. See internet references below.
The Conservancy is currently exploring the option of joining the Southern Cape Fire Protection Association (SCFPA). We have also recently written to Council about non-operational fire hydrants in our area.

Knysna Fires: Five factors that produced the Perfect Inferno
Get Out There / 4 days ago

Yours in conservation
CKC Committee