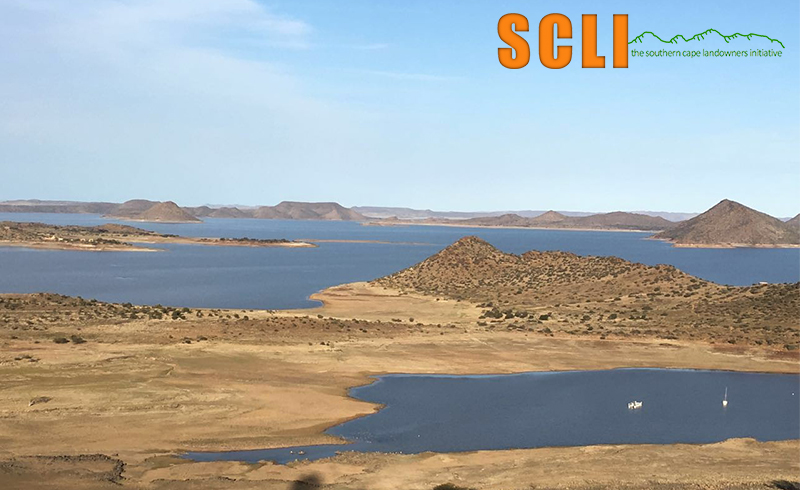 “Water evaporation figures in the Western Cape, as in most of Africa, are staggering,” says Cobus Meiring of the Southern Cape Landowners Initiative (SCLI).

Using a classic example of a three hectares freshwater reservoir on the slopes of Table Mountain, with approximately three million cubic litres of water, the value of water lost to evaporation is best explained. If the reservoir is not continually augmented with fresh water, evaporation will basically drain the entire reservoir of all water, within a year.

Preventing open water bodies from losing water to evaporation is a challenge all over the world. Forward-looking cities have sporadically explored water evaporation prevention systems (WEP) with varied success, but to date, this has been done with limited levels of success only, and more often than not, not repeated elsewhere.

Facing a catastrophic drought, the City of Cape Town, Water and Sanitation, has invited technology proponents – active in the water sector – to present water saving/purification technology options for evaluation to the City’s Economic Development and Innovation Directorate.

Unfortunately, only 2% of Cape Town’s fresh water demand comes from dams and reservoirs which fall under the city’s jurisdiction, and, at 2%, hardly makes an impression on the demand volume. Nevertheless, and given the volume thereof running into millions of kilolitres, 2% of the water demand is an enormous amount of water, and, under the drought circumstances, it could be argued that every drop counts.

Why have the authorities not investigated evaporation prevention solutions sooner?
Large dams, supplying water to the City of Cape Town, falls under the administration of national government, and all decisions regarding those dams lie with Pretoria. Although the Department of Water and Sanitation (DWA) supports evaporation prevention, the dams under their administration are simply too big to cover up.

Also, at this stage, DWA concerns itself with construction and hard interventions in ensuring storage capacity and water transfer capability and maintenance.

The City of Cape Town, however, is now in the process to investigate the advantages and disadvantages of investing in water evaporation technology. Easier said than done, covering open water dams remains a huge challenge, given immensely strong wind, wave action and harsh sunlight.

Rural conservation entities, such as SCLI, dealing with the effect of invasive alien plants on water loss in catchments, initiated the development of evaporation prevention, given the huge cost in clearing catchments, comparative to the cost-benefit in preventing loss through evaporation.

By preventing vast amounts of water from evaporating, dam levels are stabilised, and more water can be released for downstream users, and for ensuring that river systems and aquatic life are kept healthy and alive.

The Southern Cape Landowners Initiative (SCLI), is a public platform for landowners and land managers with an interest in the eradication and control of invasive alien plants and water stewardship. SCLI is supported by the Table Mountain Fund (TMF), a subsidiary of WWF SA.