Home » GREF » Are drones the answer to environmental management in the new world? 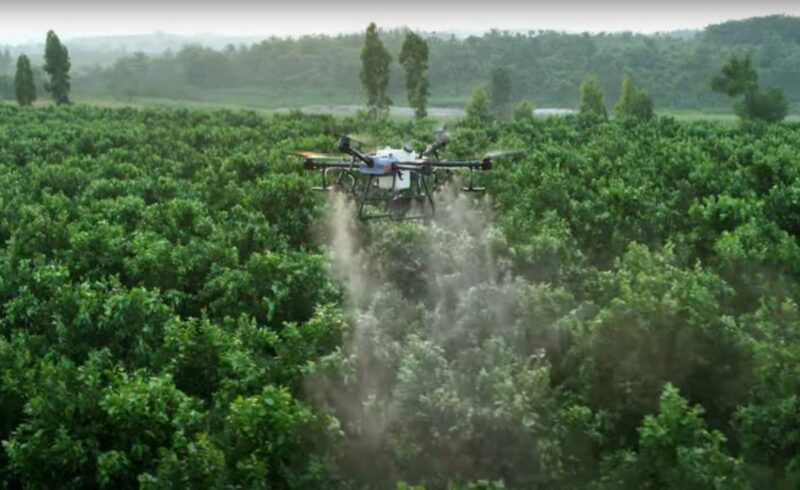 Unmanned Aerial Vehicles or drones, as they are more commonly known, are starting to become an integral part of human society, from recreational videography and photography, to industrial inspection, agriculture, security and warfare. However, a less commonly known initiative is how these flying robots can be used to assist with environmental monitoring and biodiversity protection.

You can open or download the article in PDF format by clicking on the link below:

Biodiversity loss resulting in unbalanced ecosystems can cause changes in weather patterns in micro climates. These in turn can lead to changes in ecosystems far beyond the biome itself. For example, nutrient-rich dust from the Sahara feeds the ecosystems of Europe, but changing weather and airflow patterns in Africa will affect these nutrient depositions in Europe. Ocean currents dictate terrestrial weather systems which in turn influence oceanic nutrient cycles. If we look at Wilderness, the weather is influenced by the Karoo, the Outeniqua and Swartberg mountain ranges as well as the Indian ocean, creating the paradise we know today. So, suffice it to say that if any of these ecosystems were to be modified by man, environmental degradation or weather changes, the impact is felt far beyond immediate localities.

We have been able to monitor these changes from satellite data for many years, but it is only now with drone technology that we are able to take a closer look at what is going on in the environment. Even more exciting is the fact that the data collected by one drone can be used as an input for another drone to improve the ecosystem faster and more accurately, with minimal collateral damage to the environment, than ever before.

Let’s look at invasive alien plants (IAP) and the impacts that they can have on weather and vice versa as an example. Alien plants cause biodiversity loss as they change the soil biology, chemical make-up of soils and deplete water resources which, in turn, can lead to the extinction of native plant, insect, bird and mammal species. Climate change itself has led to population explosions of invasive alien plants in many regions around the world and, as we have established, the micro climates and biomes of one area can influence the macro climate and biome of faraway biomes all over the globe. As we can see, this is a vicious cycle and a monumental challenge to keep in check. In the Garden Route, we have already experienced the impact of IAPs that increased the intensity of the Knysna fires in 2017 and the George fires in 2018. But the latter have, in turn, caused the even bigger IAP problem that we see today. The next fires will be far more devastating if the problem is not taken seriously and tackled as quickly as possible.

Traditional methods of IAP clearing are slow, tedious, potentially dangerous and time-consuming and have minimal impacts when looking at the massive scope of IAP in the Garden route. Drones, advanced computing software and clever robotics are able to assist in speeding up the process of not only removing IAP, but also rehabilitating the areas that they occurred in to a more natural state thereafter.

The process is as follows:
• large areas are scanned with photographic drones that carry high resolution and multispectral cameras (cameras with sensors that can detect light frequencies that are not visible to the human eye such as near infra-red and red edge which are important for plant health monitoring). These sensors allow us to
o detect with GPS precision and centimetre level accuracy where IAPs are
o detect the health/stress of the natural vegetation that occurs in the area.
• Three dimensional models of the terrain and vegetation are generated to establish the age classes of IAP as well as the terrain in which they are thriving.
• The aerial data is analysed using powerful software and advanced computer algorithms to give
o the area, density and canopy volume of IAPs
o the potential erosion profiles caused by reduced natural vegetation cover due to IAP infestation.
• From this fire intensity models, diversity loss and biome health models can be developed.
• Observers can now design or decide on the best method to tackle the problem.


Eradication in areas of dense IAP then proceeds as follows:
• the analysed data gathered from the sensor drones is plugged into an agricultural drone’s brain.
• This drone now knows where and what to attack and what to leave untouched.

Now we are starting to make an impact. Ok, so the IAP is dead, now what? Ground teams are now able to easily remove the dead IAP material which can then be used for erosion control (brush packing) where necessary, firewood, furniture making, etc. thus creating more jobs and job chains within the community. Job loss due to technological advances and the use of drones is misguided; 1 drone kills 10 hectares per day that need to be cleared after die-off rather than 1 hectare per 3 days with only a small team. In other words, the more dead hectares there are the more hands will be needed to clear them. Clearing dead vegetation is not only easier but also safer for those on the ground.

Ok, that’s great but what about the natural vegetation that has been reduced due to the IAP infestation? Areas that have been killed and cleared can be reseeded by drone using a mix of native species which will keep the soils cool preventing the IAP seedbank from germinating. Native vegetation does not burn as intensely as IAP and therefore this also provides a potential fire intensity reduction.

Drone technology has many benefits over conventional backpack spraying and blanket spraying methods using airplanes and helicopters for alien vegetation clearing:
• It is much faster than conventional methods. Where a drone can kill one hectare in a single hour, conventional methods can take up to 30-man hours to clear the same area. Weather dependant, up to 10 hectares a day can be killed using a single drone.
• Drones can operate in and clear dangerous and inaccessible areas on steep slopes without risk to personal safety.
• The amount of herbicide used is far less than backpack sprayers, tractors and manned aircraft.
• Herbicide is applied with precision accuracy thus drastically reducing the risk of collateral damage to natural vegetation.
• It does not disturb the topsoil; disturbance boosts seed germination and perpetuates and exacerbates the invasive plant problem.
• Any follow-up clearing that is required is much easier once the leaf load is reduced.
• Fire intensity is greatly reduced even before follow-up clearing begins.


Low altitude, precision spraying by advanced aerial systems is a game changer for environmental management. These drones are able to navigate rough terrain, apply the minimum amount of agro chemicals necessary to kill IAP and can distribute seeds, biochar and any other necessary element into areas that have been cleared of IAP.

This multi-layered approach gives humanity a real chance in slowing biodiversity loss which will have an impact on at least one of the many facets that have led us to the drastic climate changes we see today. It also allows for job creation and community upliftment through training and new world initiative development through technology. In the Garden Route, following the devastating fires in recent times, we have left it too late for the old adage of a stitch in time, but prevention is better than cure is still appropriate and in urgent need of attention right now.

In closing, the current methods of IAP control will not get ahead of the issue, where technology and innovation can. Drones can help change the Earth.